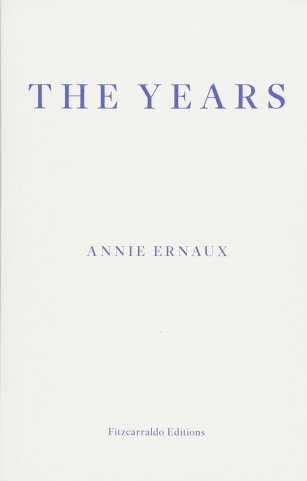 The Years by Annie Ernaux caught my eye when it was long-listed for the Man Booker International Prize 2019. I am on the shadow panel of the prize and have till now read 11/13 long-listed books. This one for sure is on my personal shortlist. Why you ask? Here’s why.

The Years is considered to be Ernaux’s finest work and rightly so. It is a narrative of the period 1941 to 2006 and all of this is told through events – historic and personal, impressions – past and present, and through culture, habits, books, art, music, movies, and above all people. It could be termed as meta-novel but it is so much more according to me. It is a woman’s experience growing up in tumultuous years. It is an experience of history, the world at large, and memory of a woman in a time that stays and mostly does not.

The Years captures so much. It is political and individual. It is Proust-like, only to find a voice of its own. It is full of lists (which I love) and long passages of what happened where and when, what food was cooked and what did it smell or taste like, what mode of transportation was taken, and whose heart was broken. Not to forget the lucid translation from the French by Alison L. Strayer. It isn’t easy to capture emotion and translate that to perfect sentences the way Strayer manages.

The Years is a book that deserves to be savoured and not rushed into. You need to take your time with it. You need to nurture it. Its fluidity, grace, and by that extension all heart is very rare to find in books. So when you do, you hang on to it and cherish the writing. Time, place, and memory beautifully merge in this gem of a book.

To sit back and see life passing you by. That’s the thought I had while reading, “Hourglass: Time, Memory, Marriage” by Dani Shapiro. It almost felt as though an old friend was speaking with me – telling me tales from her life, snippets that were hidden, incidents that had occurred a long time ago and were being recounted because she just wanted to let me know how she felt or feels. “Hourglass” though it is only 160 pages long, takes its own time to grow on you, and once it does, there is no way you can tear yourself from it.

So, you might wonder, why should I read a memoir about someone’s life and marriage when I don’t even know anything about the person? That’s a valid question to ask, however, that’s also where the answer is. You have to read the book, because Shapiro makes the disassociations feel familiar. Her emotions are universal (just like all of us) and we can relate to it one way or the other.

There are sweet and poignant moments and then others that are cast with essential sadness. Essential sadness – the kind of sadness that there is no running away from. The exploration of a marriage is so honest, that it almost takes you by surprise and awe at some points of the book.

She puts her marriage under a microscope. Initially, I was a little uncomfortable reading about her personal life (as it always happens to me when I read a memoir) but slowly and steadily for sure, I started looking at it more from the point of the writing, which is staggering. Her prose isn’t fancy or verbose and that to me is the beauty of the book. Marriage is difficult, sometimes impossible and Dani’s marriage to M of 18 years cannot be contained in one book. I hope there are others. For our sake. So we can all learn as we go along life.

What is “Ongoingness”? What does it mean and how does it come to be defined? Is it even a word like that? Is it okay for anyone to invent something like that? And does it also then mean that it is all okay and to just experience moments as they come by? “Ongoingness” by Sarah Manguso is a diary – it is however, not your usual run-of-the-mill diary either. Come to think of it, it is not like something I have read in a very long time and trust Ms. Manguso to come up with something so uniquely different and contemplative.

Of course you can finish this book in one sitting and that is the idea. However, I also had to pause in most places and keep contemplating about life. The book is about Sarah’s life as a mother and how memory and loss of it played a major role for some time then. This diary is just a series of fragments on time, memory, the nature of the self and how one connects with the internal and the external world.

The memoir is barely only about 100 pages long and yet there is so much you will see in this book which perhaps no other book will be able to communicate or show. Manguso has dealt with the passage of time beautifully from the time when she was not a mother to the time she became one and how things changed drastically.

“Ongoinginess” is beautiful and terrifying at the same time. It is about relationships and life and yet Manguso has a different perspective and outlook in everything. It is a poetic meditation on our need to remember and capture life through words, images and sounds.

Buy Ongoingness: The End of a Diary

Ongoingness: The End of a Diary

One of the many diseases of old-age that I am most frightened of is Alzheimer’s. The thought of losing all memory, day by day and not knowing anything at all makes me break into a sweat. The idea of not recognizing your loved ones even more so. I don’t think anyone should go through that torture. It is just one of those diseases that take everything away from you.

So when you read a book where the disease is almost the protagonist, you are completely overwhelmed and more than anything else you also cheer for the person for being a survivor and battling it at all costs. Dr. Alice Howland has it all going for her. She is a psychiatry professor at Harvard. She has three children and a loving husband. She is fifty years of age and Alzheimer’s has struck. It is about her family coping with her disease and how their lives change forever. “Still Alice” by Lisa Genova is a book that will make you think about life and death and the consequences of life being too short.

Genova skillfully explores Alzheimer’s through Alice. The onset of it and the rapid progression as shown from September 2002 to September 2005 will make you turn the pages and feel for Alice and her family, which maybe you must not have in a very long time. For instance, the unwell Alice spotting a message the healthier Alice left on voicemail and figuring what it was will absolutely break your heart. There are many such instances throughout the book.

I was majorly taken in by the book because Alzheimer’s is one thing that has always intrigued me. One day you know it all and the other you are reduced to becoming someone who can’t even remember his or her name. “Still Alice” had me in from the very first page and did not let go of me at all. I recommend this to all readers – it will appeal to everyone and probably also make you realize that time is too short and life must be lived nonetheless. 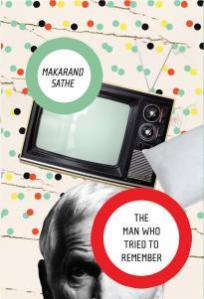 It would take a lot for a translated work to be detached from its original or the perception of what it might be like to read the original and savor the book in its translated form. It happens to me all the time. I wish I could read those Spanish and Japanese works in their true form; however I do not know the languages. The same happens when reading an Indian translation, which are most often ignored by people.

Indian writers have not just sprung up. They have always been there. It is a different story that the publishing dynamics have changed drastically in our country. Earlier on, the only writers who made it were either the socialites or people who were already columnists. The rest were conveniently forgotten. Well, I am glad that that is changing. The so-called “Basha” literature is now gaining its ground. It would have been great if that would happen in its original form, however the good thing is that people are becoming aware of such writers and their works.

With this viewpoint, I started reading Makarand Sathe’s, “The Man Who Tried to Remember”. This book is strangely different and quite a rollercoaster read. The story begins when the central character, Achyut Athavaley, an internationally acclaimed writer and thinker, fleets in his memory patterns, and what exactly led to the murder of Bodhni, a fellow inmate of the old-age home, where Achyut is spending his years after retirement. Achyut did kill Bodhni in a fit of temporary memory loss. He is now on a trial.

But this is not what the plot is. The plot is extended by numerous NGOs, politicians and the film industry protesting for Achyut’s life to be saved. The so-called media jamboree begins and that is coupled with Achyut’s thoughts fantastically throughout the book.

I have never come across such modernity (in terms of writing and narration) in an Indian novel earlier, so for me, this book ranks very high in terms of style and structure. What also crossed my mind was the fact that the translation, which is done superbly by Shanta Gokhale, must have been such a task to begin with. The writing wavers from past to present and in flashes.

The book is fast-paced and yet makes you ponder and think about everything that interconnects the plot – memory, emotion, murder, and political campaigning. The happenings of Achyut’s life are presented in a funny manner, keeping the somber tone consistent throughout. Sathe’s writing is immediate and keeping in mind the times we live in, which makes it easier to relate to.

“The Man Who Tried to Remember” is a gem of a book, reflecting today’s time and age. A read that will make you question and shake things up a bit.

Buy The Man Who Tried to Remember from Flipkart.com