Not much is known about people behind the scenes in any profession. It is always people who hog the limelight, get spoken of or written about. Which is how the world works. The ones who are in the shadows rarely get any credit. Not to say that it happens to all. Maybe to some. Maybe not to some. And we all know of The Beatles – almost about all four of them, even some additions, but very few know of Brian Epstein, on which this graphic novel is based.

Brian Epstein was The Beatles’ manager. Actually, I think he was more than just their manager. He was their friend, philosopher and guide in the true sense of the phrase. “The Fifth Beatle” (as he was known after his death by Paul McCartney many years later) is the story of Brian. Not just because he discovered The Beatles and gave the world the joy of listening to them but also because people need to know the man behind this band and what he stood for to believe in four unknown musicians and make them the darlings of the pop music scene in a very short time.

Vivek J. Tiwary’s research is meticulous and the writing is spot-on. From speaking of Brian’s personal life (being gay and Jewish wasn’t easy on the man) to his professional life (despite having a soft corner for George, he never let that come in the way of furthering the career of The Beatles), Tiwary covers everything with just the right amount of content. It doesn’t feel too much, nor does it feel too little. Plus, the illustrations of Andre C. Robinson and Kyle Baker are so spectacular that you just go back and fix your gaze on so many panels.

Brian Epstein’s life comes to life in the true sense of the word through this graphic memoir and it doesn’t take a lot to read this one. If anything, I reread it because you can never get enough of a good graphic memoir and more so given I didn’t know anything about him or had heard of him at all before buying this one on a whim.

This book is for anyone who has had a problem fitting in while growing up. When you know that you aren’t like what most people are and yet cannot tell a soul. I love coming of age books and more so when they are in the graphic more and especially more so if it is about being gay and coming out as well – more to yourself than anyone else and “Adrian and the Tree of Secrets” is just the kind of book that you need if you are struggling with it. It is the perfect graphic novel for teenagers struggling with their sexuality or even not – maybe they just will come to know who they really are.

Adrian’s experiences as a teen gay boy are universal. We have all gone through it – been that road – not only for LGBT teens but also the straight ones – to know oneself and to make peace with it is not easy – no matter what your orientation. There is also the angle of bullying at school and how Adrian meets someone special and what happens thereon. At the same time there is Adrian’s mom who is a devout Catholic – you get the drift, don’t you? Well, this in short is the plot of the graphic novel.

The story by Hubert and the illustrations by Marie Caillou go superbly hand in hand. The graphic panels are sparse and minimal and that lends to the story in more ways than one. I will not talk about the ending or else I would be spoiling it for you. The story is touching, will touch a nerve and I hope will make you see the LGBTQ community differently, because at the end of the day we are all the same kind of people looking for the one true thing: love.

Before I begin this review let me tell you that this book is very different from ‘Em and the Big Hoom’ by the same author. If you are going to pick up ‘Murder in Mahim’ thinking it will be like his earlier novel, then don’t. It is different and refreshingly so. I would also like to add that it moves beyond just being a murder mystery (in the loose sense of the word) and goes to explore other themes, which I thought was very-well managed and achieved.

Being a Bombay (Yes, to me it will always be that) boy, I could identify to most of what is there in the book, in fact, even all of it – from the glitzy and glamorous to the dark underbelly, nothing was new and everything was a reminiscence of a time gone-by. This is precisely what I love about Jerry Pinto’s books – the description, the eye for detail, the nuances of not only the characters, but also the city (which also happened in Em and the Big Hoom in large doses) and that to me is some superlative craft.

I didn’t think much of the story in this one, but the only reason I kept turning the pages is because I cared for some characters and the language which is par excellence. Jerry Pinto’s writing embroils you in it, it makes you think, and before you know it you are also a part of its world.

So what is the plot of this book? A young man is found dead in the toilet of Matunga road station, with his stomach ripped open. Peter D’Souza, a retired journalist becomes a part of this investigation with his friend Inspector Jende and that’s when the story begins. It is also a book about unspoken love, about Peter’s fear that his son might be involved in the killings (yes, there are more than one) and it is about the city that never sleeps – the one that comforts and the one that can also be mercilessly cruel.

This is all I have to say about the plot. Now to the writing – I was taken in like I have mentioned earlier, by the raw energy of the city pulsating throughout the book. The nuances are meticulously and most certainly effortlessly thrown in – from the Barista at Shivaji Park, to the beaches, to the stench of urine and sweat at railway station platforms, and Marine Drive included. Mumbai (I have to call it that now) has come alive in this book.

Jerry’s writing is peppered with humour, sorrow and lots of ironic moments in the book which make you guffaw a lot. There is this straight-forwardness to his prose and yet the characters are more complex than ever. From Peter’s wife Millie who plays a minor role and yet shines with her complexities to Leslie (my personal favourite character) and the various shades there are to him, each character is crafted with a lot of deftness and logic. At one point, I felt as though I was in Bombay of my college years – there is no timeline as such in the book which works very well to its advantage. ‘Murder in Mahim’ is relevant, topical, fast-paced, and a book that will grab you by your throat. 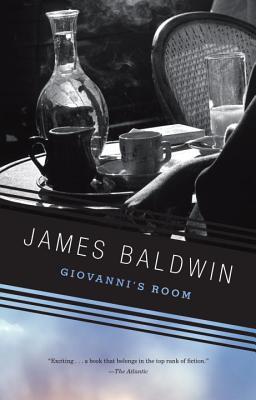 I waited this long to read this gem. “Giovanni’s Room” was always on my to be read pile but I never picked it up and even if I did, I just read a couple of pages and dropped it. Yes, I am aware of the sacrilege but it is all sorted now and hopefully a thing of the past, because I intend to reread and reread this marvelous book of loss, unrequited love and courage to some extent.

It is a fluid book. At the same time, it is also the kind of book that makes you introspect and travel deep within the recesses of your heart to perhaps realize yourself better. It is about David (the narrator) who is American living in Paris. He has a seemingly normal life with a girlfriend in tow, and things change when he meets Giovanni. It is the 50s and Paris was the place where homosexuality wasn’t illegal, though stigmatized to a large extent. It gives David the freedom to explore and know himself and he unknowingly falls in love with Giovanni only for the book to reach its heartbreaking conclusion (Don’t worry; I shall not spoil it for you, though you will know in the first two pages).

Baldwin wrote this book in the 50s – when perhaps it was unimaginable to think of an LGBT book. David is not likeable. He is confused, lost and often does not come across as a great guy to be with, and yet Baldwin created one of the most unforgettable characters in him and Giovanni and their love story – which is toxic, destructive and will not stop at anything.

Subcultures as presented by the author on every page – many characters unfold as the journey of these two men take place side by side. Love in the margins is not easy to write about. Everything about Giovanni’s room depicts David’s state – emotionally and physically, beautifully portrayed by Baldwin. To sum this book in one line, I will quote from this book: “Nobody can stay in the Garden of Eden”. 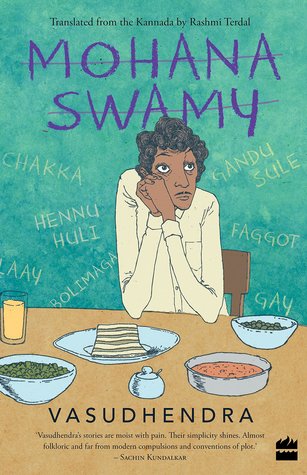 Reading “Mohanaswamy” struck a chord. It had to. I knew it would. It is a book about a gay man and his life and how he combats every situation and is forever finding love. The resemblance was clear. I was almost terrified when I started this book. I thought I would break down and I did in most places, but I was prepared for it at some sub-conscious level. Books which are so rooted in real-life take you to another level – of deep pain, melancholy and also sometimes of laughter (which also happened by the way). “Mohanaswamy” is a book which I would love everyone to read and hopefully the read would make them more empathetic.

“Mohanaswamy” is the book which will resonate with anyone who has felt left out in the world. It is the story of the protagonist – of his journey – from discovery his orientation to heartbreak (I loved those stories or incidents because those were the ones I could relate the most) to the societal changes (or not) and how it views gay men. Also, the fact that it is set in Bangalore and goes back and forth between Mohanaswamy’s village and the city – one thing doesn’t change though – the hypocrisy of people surrounding him, even the ones he loves. It is everything that I felt as a gay man and still do. It is not a book really – but life, Vasundhendra’s life (I am inclined to believe that it is semi-autobiographical in nature) and that’s what makes it so heartwrenching.

The translation by Rashmi Terdal is fantastic – I don’t know Kannada, but I am sure the translation captures the entire essence of the book beautifully. Growing up gay and then living a life or preparing to live a life of loneliness isn’t easy. “Mohanaswamy” gets under your skin and makes you realize and face those issues. At least, it did that for me. It almost showed me the mirror and it wasn’t easy. We need more writers like Vasundhendra, who will write such books that reflect the times we live in. Vasundhendra’s writing is razor sharp, delicate, emotional and utterly honest. I think that is what connects with a reader and stays. Like I said earlier, I would recommend everyone to read this book. You might just understand some aspect of the gay life.