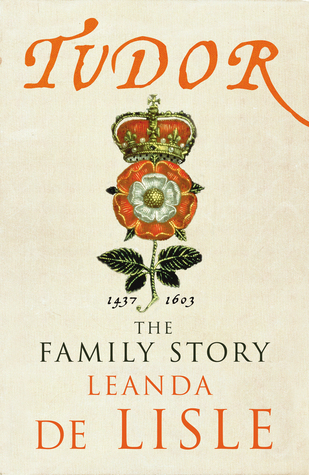 There is a lot of reading material out there on the Tudor dynasty. I think every year some or the other book gets published and perhaps rightly so – given the scope and grandeur of this family. No other history has captured my interest the way the Tudor regime has and that is why I keep going back to it, time and again.

Tudor: The Family Story by Leanda de Lisle however was a different read for me. Leanda de Lisle talks of things not mentioned that often. She takes on characters that were a part of history and forgotten – a man who fell in the Queen’s bed and what happened to Henry VII. The book takes into parts that are normally not spoken of. After all, every family has its own secrets and Leanda just talks of those and the past in this book.

The writing is fact driven and yet reads like a fictional account, which works splendidly for the reader. The book opens before the War of the Roses and ends with the death of the Tudor dynasty (Elizabeth I to James I). The book can get confusing at most times, however it is up to the reader to watch out for the family trees and charts and keep track of events and people.

I am a keen follower of the Tudor dynasty. I love reading everything about that time and era. This book is heavily researched and yet so readable. It succeeds in portraying kings and queens as people and also making the reader see the lives they had. “Tudor: The Family History” is one non-fiction read which perhaps I could reread later. Though the book is a big read, it is extremely satisfying and interesting. A book not to be missed for hard-core lovers of history. 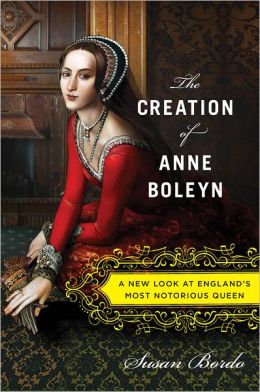 If there is any Queen that has been most speculated about, then according to me that would have to be Anne Boleyn. There has been so much written and spoken about her. What was she? Was she really that vicious? Or was she merely misunderstood? What was her nature? We all know (or well most of us do) how she came to be the Queen of England and Henry VIII’s second wife. She was a mistress, a plotter, a woman who was in charge and wanted it all and like I mentioned may be a lot of the parts she must have been highly misunderstood.

I have always been drawn to Anne Boleyn, wanting to know what led to her execution. Did she even deserve it all? There are so many questions surrounding her that it would probably take a lot of books for me to read and movies to watch to get a sense of the person. However, for now I have just finished reading a book by Susan Bordo called, “The Creation of Anne Boleyn”, where she uncovers the persona, the myths in a logical manner about this Queen and her life.

“The Creation of Anne Boleyn” charts the entire life of Anne Boleyn and with it Bordo also talks about the influence of every single form of media that has led to people perceiving Anne the way they do. To make her point, Bordo breaks all myths and conventions with more than enough proof and that had me going page after page. The structure of the book is also simple and quite understandable: the first part speaks of Anne and how she came to be Queen, the second part takes readers through what happened after Anne’s death and the third part is all about the media and how it has come to view Anne Boleyn.

The writing is insightful and shows the research gone into this book. I loved the instances and reasoning provided by Bordo. She takes readers on a fascinating journey of trying to uncover the mystery behind Anne Boleyn and her ambitions. It is a cultural examination which is highly readable and also witty in most places, which is very difficult for a non-fiction or a book of a historical context to achieve. She speaks of Anne as a person – physically and mentally and that clarity is par excellence. At the same time, Bordo takes into account what happened and why. She talks of roles of other members of the King’s court and their role in it. Katherine of Aragon is heavily featured, considering it was she that Henry wanted a divorce from to marry Anne and he waited the longest for it, only to end up executing Anne. This irony and complexity is simply told in this book. For anyone who wants to know more about Anne and the myths surrounding her life, I definitely recommend this one.

Buy The Creation of Anne Boleyn: A New Look at England