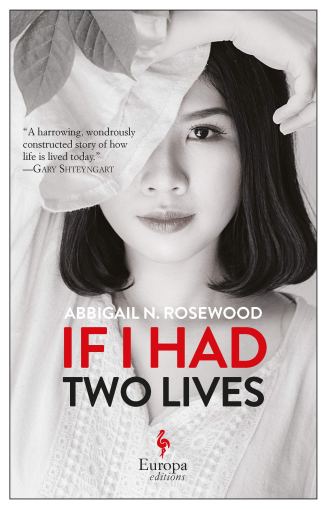 Sometimes you just don’t know what to make of a book till you are done reading and pondering a bit over it. If I Had Two Lives was that kind of read for me. This is a coming of age book, it is also a book about an immigrant in the United States of America, and it is also about going back home. Honestly, it might also seem been there, done that (and I also felt that on reading the blurb), but it isn’t that at all. I think every book no matter how similar the plot line to another book, always has something different to say – no matter in what capacity.

If I Had Two Lives is the story of a child who has been isolated from the world in a secret military camp, with a distant mother. Distant mothers as we all know only lead to more mental health issues in all of fiction. Anyway, there she meets a sympathetic soldier and another girl, leading to a very unlikely friendship.

The scene then jumps to New York, where as an adult, she is torn between people who are no longer a part of her life and people who are. She understands that for all of it to make sense, she has to return to where she started from: Vietnam. This in short is the plot of If I Had Two Lives.

Rosewood’s writing is sparse and most effective. Most of the novel is without names, except for some and you will understand why as you read the book. I think it is actually because of the title and what it means – the sense of identity (can there be one without a name?), memory (how twisted and convenient it can be), and what is the value we place on people in our lives?

If I Had Two Lives seemed like not a debut, but a work of someone experienced. I think it is also about how well you tell a story, and what do you want to communicate to the readers. In this case, it was the brutality of dislocation and the force of compassion that came through stunningly, with every turn of the page. It is a modern tale, seeped in the past and that’s what makes it what it is: intriguing and gorgeously written. A great debut that deserves all the attention.