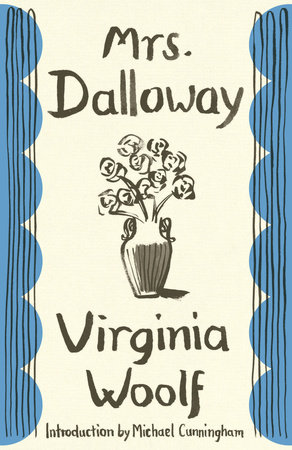 This was my fourth reading of Mrs. Dalloway. The fourth time when I would go back to the book, as if it were the first time, and it would reveal itself a little more, another insight, maybe not, maybe just the usual run-of-the-mill circadian novel that it is, but not monotonous. Never uninteresting, and most certainly never out of touch with the contemporary landscape of emotion and thought.

Mrs. Dalloway is a book about community than just one person. It is about illness, suffering, love, sensations that merge together in sentences that portray that at every page. Clarissa is a protagonist who isn’t likeable and yet you relate, you empathise, you find yourself being a part of her world – and more than anything of the banal every day. Whether it is through the life of Septimus Smith or that of Peter Walsh or even Rezia – who is the most sympathetic character, it is all the every day. A Groundhog Day kind of scenario, but the one that is perhaps bearable, tolerable to read during a pandemic – the prose saves you.

So, then what is Mrs. Dalloway about? A day in the life of someone who wants to throw a party? A day in the lives of people who are as confused and torn apart in a world that didn’t opt to live in?  Why do so many readers, year on year, want to read Mrs. Dalloway? What is it about this novel? Maybe because the characters are flawed and fail constantly. Maybe because it is about younger generations, trying to find a way after the war and not knowing what to do. It is about Clarissa’s regret – of being married to the wrong person and not being able to make the choices she wanted to. It is about declaration of life, and yet ironically not living. It is about how Peter and Clarissa move through the party and the incidents that occur during the course of a single day – merging the past, the present, and the probable future.

The inner lives of characters more than just shine through Woolf’s writing. They gleam, they break apart, and they also reflect the lack of profundity. There is a lot of suffering – some latent and some on the surface, and there is no redemption for anyone. Mrs. Dalloway is constantly asking questions that one cannot answer: Why do we die? Why must we die? What is living? It asks this of a world that is ignorant to them – a world that engages in a party, in life, in the hopeless optimism that life is worth something, only to realize the mediocrity of the living, and even then to turn a blind eye to it.