I love asking authors such questions or wanting them to write about their favourite books so that their readers and fans can read a lot more than just being stuck to the said author’s works. I honestly believe that authors must constantly recommend books that they have enjoyed and loved reading. That way readers get to explore so many books. 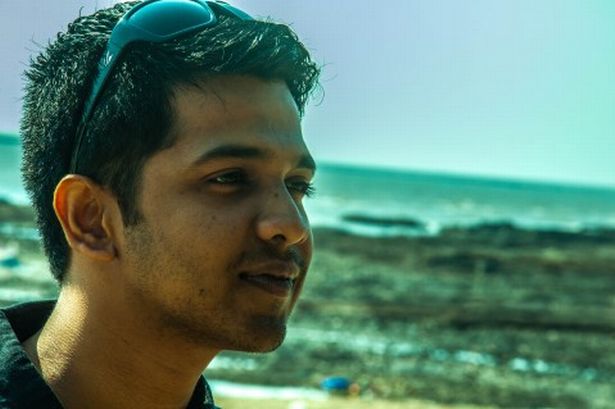 Here are Tharun James Jimani’s (author of the newly released Mornings After and Cough Syrup Surrealism, both of which are must reads in my opinion) favourite 5 books on city by the sea and I love how he has put his emotions in words. A little about Mornings After though: It is the kinda book that is perfect for our times, it is about gender roles and how the line is so blurred when it comes to identity and what it means to be urban. I loved every bit of it. A longer review a little later. 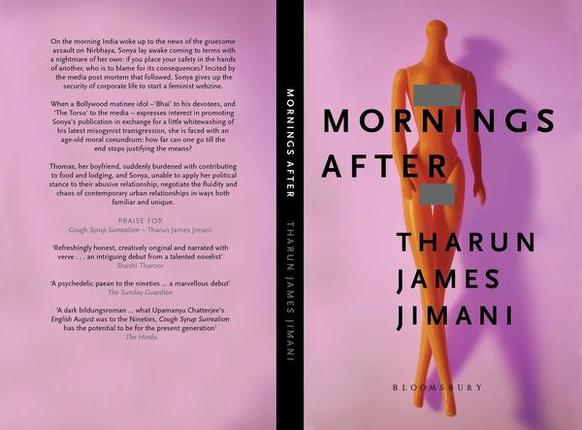 This is kind of an awkward question to answer because it implies some deeper understanding and/or experience of the city because of my having read –and, I suppose, written- stories set in Bombay. And even more difficultly, of being able to rate the Bombay-ishness of said novels by authenticity; to distinguish “first copies” from the real thing. The problem is you and I could spend a hundred years in the same city and experience entirely different Bombays depending on who we are and what we’re drawn to.

Whereas as I’ve grown older –and perhaps because of all the many ways cities have become more and more like each other in the last couple of decades in which I did all my growing up- I find it increasingly difficult to buy into the city-as-character trope, especially in literature. (The visual medium is a different story.) Could some stories have only happened in certain places? Maybe. Could the same story have happened to another group of people in the same city? I’m not so sure. So maybe it’s just the characters after all?

This is also the sentiment I set out to express with Mornings After: “Bombay will hug to her bosom, take to her grave, tales of love and despair, of life and longing, because cities are really just the secrets they keep. And because cities—and Bombay—are not dreams or abstractions or joy or melancholy, the easiest way to put yourself in a city’s shoes may just be to put yourself in the shoes of its residents.”

Either way, a beautifully written vignette of city life is a joy to read, and the books I’ve listed below contain some of my favourite stories set in Bombay. 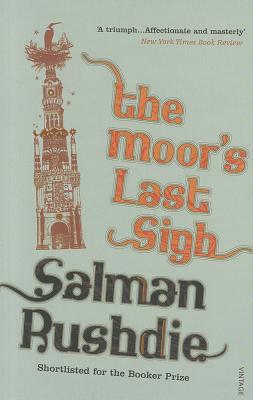 This book is especially dear to me as it was the first I’d read anything like it- my first Rushdie. And to make things even more interesting, it was set in two cities – Bombay (which I had never visited at the time) and Cochin, Queen of the Arabian Sea! As a fifteen year old living in Trivandrum, it was almost a privilege to read (parts of) a story set in a city you knew inside out. I’d read The God of Small Things before this, but Roy’s Kerala was one I was familiar with. Rushdie’s Jewish Cochin of generations ago, not so much. Add to the mix the dark, dark genius of Aurora- the Moor’s talented, conflicted mother- and the alternative universe of her art that she prefers to validate her offspring through, and you’ve got one of those “What were you doing when..?” reading experiences few books can boast of. Coming back to Bombay, it’s Rushdie’s descriptions of the Ganesha festival (and Aurora’s annual dance against the Gods as the procession passes by their house) that linger in memory, but it was the interweaving of the very real terror the city was reeling from and the obvious references to Shiv Sena and Bal Thackeray that titillated at the time. I’ve always been fond of real life signposting in my own fiction, and looking back it’s not hard to imagine the Moor played his part in shaping that sensibility. 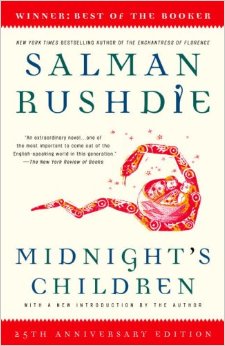 A group of kids born at the stroke of Indian independence or within the next hour, all with different super powers? The narrator as telepathic moderator of their “midnight parliament” to find out what it all means? Rushdie was doing the Wachowskis before the Wachowskis knew it was a thing! Before this descends into total fanboy fare, Midnight’s Children was more accessibly Bombay than The Moor’s Last Sigh for me, perhaps because it was also a story of growing up – both of the narrator and his country. Pop culture references and geographical quirks aside, who hasn’t visited South Bombay and wished for a funtabulous falooda or at least bhel puri served up Bombay style? 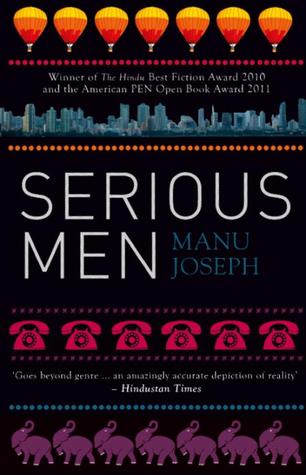 We need to talk about caste, guys. A theme that could have easily petered out into Good vs. Evil blooms instead into a sublime –if ridiculous- battle of wits in this hilarious Bombay novel that pits an astute Brahman scientist against his Dalit assistant. I read somewhere that the author himself was resident in a poorer part of Mumbai as a young journalist, and it shows in his descriptions of Worli’s chawls. No clichés or poverty porn; just one man’s very understandable itch to get out of his damn cage. Teach a man to fish, right? Well, Manu Joseph gave his Dalit protagonist agency. Score. 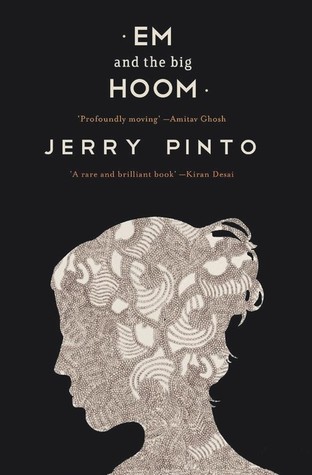 How I Met Your Mother, but in the form of a series of conversations between a suicidal matriarch and her two kids in the psychiatric ward of a Bombay hospital. In a wonderfully concise, beautifully illustrated novel (no prolonged eight seasons of shoddy story-telling here). Em and the Big Hoom’s courtship is glorious in its details, and Em’s madness is the incessant black drip that holds together and drives this family nuts at the same time. But what stood out for me was the cultural context: the characters’ Goan-Catholic heritage (Maka Paao, as they’re referred to in some parts of Bombay) and the sheer delight in picturing the characters utter the very relatable turns of phrase ( I took to using “this-thing” in conversation for a good couple of months) Pinto puts in their mouths. 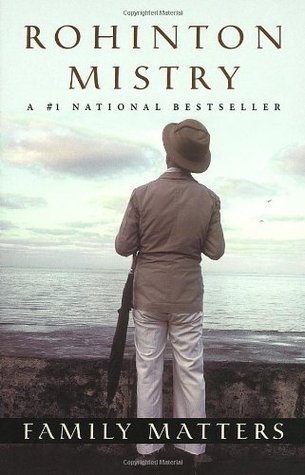 Like with Pinto’s novel and its Goan heritage, what screamed out at me from the pages of Family Matters was the cultural setting – Bombay’s Parsi community and their fears, inhibitions and humanity. But equally telling is the novel’s exploration of that most middle class of maladies – the economic and social burden of caring for one’s parents in their old age in a community that puts family above all else. The elderly, Parkinsons-afflicted patriarch flailing about in the tiny flat his daughter shares with her equally well-intentioned husband and kids pictures the claustrophobia of Bombay’s tiny middle class abodes in a way that moves and makes you want to move at the same time.

Thank you Tharun for doing this. I know it must not have been easy for you but thank you so much for this.