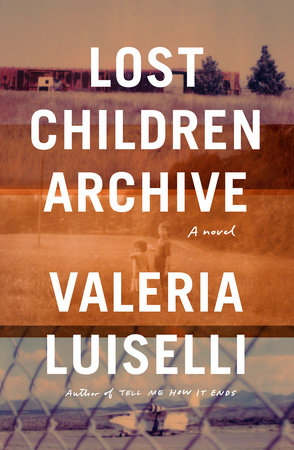 Lost Children Archive is a book that should be read by everyone. I think more so because it is so relevant for the times we live in, and also because it is written with such grace, delicacy, and at the same time rawness that is unfathomable. It is one of those rare books that once you start you don’t want it to end. It is like an experience that is immersive and yet so heartbreaking. You don’t want to read it, and yet you do. The wanting to read is obviously far greater, so you do – you read it, if you are me you also constantly mark, highlight, and annotate. Lines resonate, words linger, emotions are so deep-rooted that even if you haven’t experienced any of them, you feel for the characters, though they are nameless.

In 2017, Mexican-born novelist Valeria Luiselli, published a book called “Tell Me How It Ends: An Essay in 40 Questions”. This book was a result of her volunteering as a court interpreter for children – the “illegal aliens” (as they are called), helping them with intake questionnaires that might establish a case for asylum for them. The book is about her experience of also applying for a green card as she fights for the children.

Lost Children Archive, her much-anticipated new novel (and the first one written in English) is about these refugee children and their lives, it is about a family at the core of it – their lives, and ultimately about ties that bind us and the ones that don’t. Luiselli touches on a topic that is so relevant, so utterly terrifyingly heartbreaking that sometimes as a reader, it took me time to digest, assimilate, and then process my thoughts and emotions.

What I must not forget and mention here is that Lost Children Archive is a “road novel” as well. It is a journey undertaken at the start of the novel by a family – a father, a mother, a son, and a daughter. A family that came together when the father and the mother, two single parents fell in love while recording the sounds of New York City. Their marriage is drifting. They are losing grip on who they used to be. The husband plans a new project to travel to the ancestral homeland of the Apaches in Arizona, she decides to go along with her daughter and his son. She plans to document sounds of refugees at the border, and also wants to find two missing, undocumented daughters of her immigrant friend.

Furthermore, there are boxes of the family that travel with them – boxes that are filled and some that aren’t. Boxes that mean something, that are heavy with meaning and emotion, of work documented by the husband and the wife and what remains of their union. Luiselli captures the voices of the children beautifully. The 10-year old son (from the husband) and the 5-year old daughter (from the wife) are seamlessly integrated into the narrative of adults – asking, wondering, sometimes taking pictures (you will learn of this as you read along), and questioning their identity and family as a unit.

Luiselli breaks the mould so many times as she tells the story – over and over again. With the contents of the boxes, the small chapters that integrate, the characters’ voices that seamlessly integrate and also stand-out most often, but above all the last twenty pages of the book are something else – a long sentence that reaches its ending with so much to already chew and mull over, leaving a void in your mind and heart.

Lost Children Archive is most certainly the novel of our times (and sadly as well). It is so many things and yet it is up to the reader what they want to take from it. The story of the refugee children is constantly told from various points of view and done so strangely and beautifully most of the time. Not to forget the character that is the US of A. Home, perhaps. The roads, the motels, the diners, the billboards, and the borders we create are covered with such eye for detail that you wonder if she wrote the book as she travelled. Maybe she did. Maybe she didn’t. It is about family – the breaking of one and where do other families fit in, the ones that have been broken through displacement, still seeking refuge?