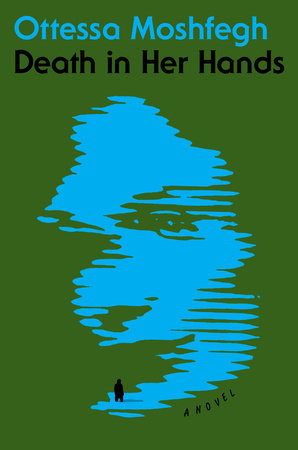 So, let me start by saying that while I may not have been taken in with the plot of the book half-way through, I love Moshfegh’s writing, which shines most brightly in her latest offering, “Death in Her Hands”. We have an unreliable narrator, a dog, an elderly widow whose life is turned upside down when she finds a strange note on walk in the woods.

The note says, “Her name was Magda. Nobody will ever know who killed her. It wasn’t me. Here is her dead body”. There is no dead body. There is nothing there. This sets the narrator – Vesta Gul, in a frenzy. She doesn’t know what to do and yet wants to do something about it. She just doesn’t know what. Obsessed with Magda and how she ended up dead, Gul builds her life in her head, including motives that led to her death.

“Death in Her Hands” is a fantastic read – because it is so different, even though it does tend to meander a little. Moshfegh’s writing is succinct and spot-on. The building of Magda by Vesta, and in turn two lives being portrayed – one by the other is a great way to introduce the unreliability of the narrator. Is Vesta thinking too much? Is she conjuring something so far-removed that maybe even she can’t believe it anymore? These questions and more kept tugging at my mind as I read further.

The book reads as a psychological thriller, and yet there is so much going on. The writing is literary and what I enjoyed the most was the detailing. From Gul’s house, to her life before she moves into a new town, to what Moshfegh wants to show us about small-town/village life and its day to day workings. “Death in Her Hands” is the perfect read for a weekend, the one that will have you turn the pages, and not stop till you’re done with it.