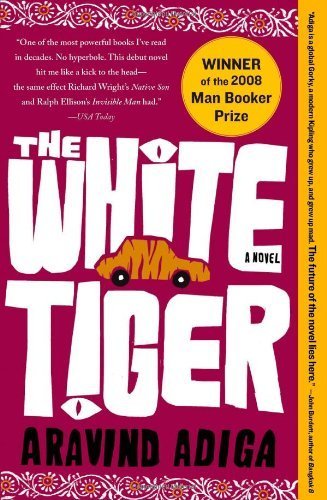 Till I did a couple of days ago, and well, it turned out to be the first read of 2021. I must say that I was left disappointed. I could not empathise with any character. I mean I so wanted to with Balram at least. The one who rises above the very real and deep-rooted caste system. The one who does it all, no matter what it takes. It is Balram who is narrating the story. He could also be an unreliable narrator, but I was willing to believe it all. I was hanging on to every word till I stopped.

Balram Halwai is the protagonist of The White Tiger, or perhaps it is circumstances of one and millions of Indians who are drummed into believing that they have to serve. So, he serves. He is the son of a rickshaw puller, born in the heartland of India. He works at a tea-stall, also crushes coal, and dreams of a better life. Opportunity knocks when a big landlord hires him as a chauffeur for his son, daughter-in-law, and also to do other tasks around the house. For him, life is better when he is asked to move to Delhi with the couple, and thereon he plans his escape, so he can be a man who is at the top of the pyramid of life.

Yes, Adiga tries hard to speak of poverty, caste system, discrimination, of what he calls the “Rooster Coop” – as a metaphor for describing the oppression of the poor in the country. He does all of this, but somehow, I couldn’t find any nuance. The writing failed to make an impact. I couldn’t feel anything for any character. I did guffaw in very few places, but that was that. I did turn the pages quickly because it is that kind of read. Perhaps the very few Booker winning titles, that are actually readable. Maybe I read it because of the hype of the movie that releases on the 22nd of this month, starring Priyanka Chopra Jonas and Rajkumar Rao. Whatever it is, the first read of the year turned out to be a dud.

Books and Authors mentioned in The White Tiger:

Playlist for The White Tiger: