There comes a time while reading poetry that you realize the poem/s is/are speaking with you. And that is the time you know that poet is for you. The same happened to me as I finished reading “Rapture” by Sjohnna McCray. This collection of poems is about desire, identity and memory. I say it with such ease but it is not an easy read at all – there is something so discomforting about these poems that they will make you think about your life in a whole new way – for those who face these issues and also for ones who don’t face them at all.

“Rapture” charts the growth of a person from childhood to adulthood and that too through poems – various poems that sometimes feel disjointed and then most of the time make perfect sense when put together. The histories of his parents (Korean mother and an American father who served during the Vietnam War) and that of his own are raw, pulsating throughout the book in the garb of poetry that will burn and break your heart. There is grief and celebration. There is also grace and redemption and might I add also a lot of guilt in its pages.

“Rapture” also asks a lot of difficult questions about identity – relationships between mothers and sons and in turn learns how to perceive oneself. McCray takes a third person view and his personal view (these poems are after all his story) and in doing so he maps the human body, relationships and how we skim through things and never say what we truly feel.

What forces love to become this difficult? Why does the body fail us when we so don’t want it to? How does a child realize love? He asks these questions through his poems and at times I was extremely uncomfortable reading this collection, till it grew on me and became second-skin. 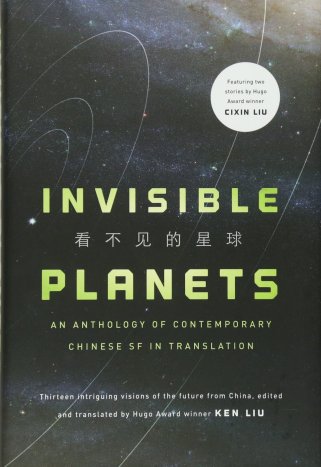 I love science fiction and when it came from China, somehow it became even more special and I don’t know why. I guess I do. I think because of living in the conditions that they have and do, the Chinese write some brilliant sci-fi stories. I’ve read a couple in the past and absolutely loved them. I also think reading other genres from other lands just broadens your world-view, even if it is science-fiction, because hey it is after all rooted in reality. Invisible Planets takes readers of English outside their comfort zone and introduces us to futures imagined by people whose lives are vastly different from ours. To me, that was the most rewarding thing about reading this anthology.

Invisible Planets has it all – dystopia, western science-fi, science opera (thank God not too much of it), futuristic for sure, and stories also by Liu Cixin whose The Three-Body Problem was a brilliant piece of science fiction which I urge everyone to read.

Some stories of course stand out and some not all that much. My personal favourites were: The Year of the Rat by Chen Qiufan about young men trying to control mutant rats (this might give some sleepless nights), then there’s also Ma Bayong’s The City of Silence which almost reminded me of the times that we are living in (more so in India where freedom of expression is going away day by day) and was quite a chilling tale at that. Another story that stood out for me was Folding Beijing – which is all about money, money and more money and how it impacts the future. Taking Care of God again presents a very unique vision of the world. I will not say more about this short story as the title also gives something away.

Invisible Planets is a fantastic anthology. It is edited brilliantly by Ken Liu and for one it will introduce readers to new Chinese authors who have an uncanny flair for science fiction which is not only unique, but also very literary at the same time.

“My Brother’s Husband” is a graceful manga by Gengoroh Tagame. It handles homosexuality, homophobia and xenophobia (to some extent) very tenderly and not once did I feel berated being a gay man or an insider looking out while reading this manga. Tagame tells the story of parents and in turn of children and how important it is for children to learn, believe and accept alternate sexualities. At the same time, this manga doesn’t get preachy at all. It doesn’t sermonize or ask you to change yourself. It provides different perspectives and that’s that to it.

Yaichi – a single Japanese dad is forced to confront his painful past when an affable Canadian named Mike Flanagan shows up at his door, declaring himself to be the widower of Yaichi’s estranged gay twin Ryoji. Mike wants to explore Ryoji’s past, his family and his growing-up years. Yaichi takes him in reluctantly and thus begins a relationship of understanding, apprehension and fear not only between Mike and Yaichi but also between Mike and Yaichi’s young daughter, Kana. It is how Kana begins to question and understands Mike and at the same time Yaichi’s overcoming of homophobia is what the manga is all about.

Japan as a country is quite conservative when it comes to the question of homosexuals. It isn’t easy to talk about it in the open – more so in traditional societies of Japan. Maybe that is why this manga is needed now more than ever. Tagame explores each aspect – alienation, small incidents of homophobia, questions about the relationship that wasn’t mainstream and the differences of perception between the East and the West tenderly and with much insight.

There are multiple viewpoints, which is great because he then doesn’t give only one point of view and leave it at that. It also talks of how relationships can alter feelings and how life as it goes along, gives you the opportunity to keep embracing the new, no matter how different it might be. The story is beautiful and the characters are so well-rounded.

This book is definitely for those who want to understand what the LGBT people face, no matter how basic it seems in the book. This could however be the perfect guide and also not just for adults but children as well. “My Brother’s Husband” embraces differences and talks of cultural clashes at the same time. I cannot wait to read the second volume soon.

When you have grown up reading an author’s work, then to suddenly read his autobiography is a pretty gratifying experience. Ruskin Bond is an author who is at it – from novels to short stories to ghost stories to children’s books to novellas and now an autobiography wistfully titled “Lone Fox Dancing”. I was a little apprehensive initially as I picked this book, but it most certainly grows on you. The book is also magical in a way given the time and place Mr. Bond was born and grew up in. He has truly seen it all and I was most certainly envious of the life has led till now (and continues to) as I turned the pages.

Most autobiographies tend to be a little long-drawn and tedious. But while reading “Lone Fox Dancing”, I just wanted it to go on and on and on and never end. There is this sense of nostalgia (but obviously) that seeps deep into your bones as you read this book. Might I even call it magical to a large extent. Ruskin Bond makes his life seem very effortless and yet there yxzsis so much going on – from his birth in the 30s to his boarding school days in Shimla and the time spent in Dehradun, and of how he discovered some great books and the love of reading to finding his calling – writing.

I was most curious about his craft (he doesn’t speak of it in detail but does to some extent) and how he weaves dreams through his books. The part of how The Room on the Roof came to be is most interesting. The book traverses his entire journey to where he is now – Mussoorie and how content he is amidst the nature and the family he has made his own. With every page, you can feel the years passing and how each phase of life of Mr. Bond’s was different from the next. “Lone Fox Dancing” is full of anecdotes, and why shouldn’t it be, given the rich life he has led. I am sure half of them had to go in the edits.

To me what also was intriguing was the time period – by default the book takes you through the 40s, the 50s, the 60s, so on and so forth till present time. The book oozes with honesty and truth – it has the ring of the whimsical and stark realities of living at times. “Lone Fox Dancing” is the kind of book that deserves to be reread. Well I won’t get back to it immediately, but soon enough for sure. 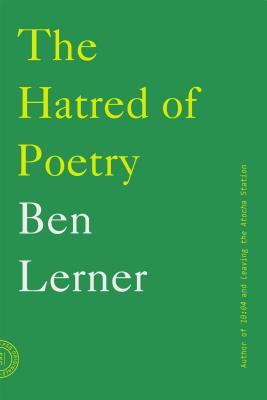 This book’s title might make you wonder: The Hatred of Poetry? Really? It might even intrigue you to pick it up (which is a very good thing by the way). Most people hate poetry as an art form by the way. The book starts with bashing poetry and Ben Lerner even stating that he hates it as well. He goes on to even list other people and even poets who have said that they hate poetry. Ben Lerner then throws this right on its head and lets readers know why people hate poetry so much and then builds a very strong defense for it.

Lerner is a poet by the way, besides being a novelist. He has published three poetry collections in case you are wondering how does he get to be an authority on poetry and write on it. “The Hatred of Poetry” is almost a treatise and yet it isn’t preachy at all. Lerner is fair when he speaks of why people hate poetry (rhymes, meter, etc.) and at the same time he uses those very elements to convey why people would love poetry as well. To me, he also made a very valid point of the language sometimes used by poets that restricts it from connecting with people (this to a very large extent is also quite true).

This book also reminded me of the poetry open mic I had been to. Thank God, the only one I had been to. I say this because at some level I could also see the pretense of it (where some of them were concerned) and Lerner also makes a point to this perspective. All in all, “The Hatred of Poetry” will either make you stop reading poems altogether or will convert you to a fan. I love poetry. So I was safe anyway.