The start of the year has been great. I wanted to read 20 books. Ended up reading 13. Not bad though, out of which two were graphic novels and one a picture book for children (seemingly). .

Books read transported me to so many lands and made me explore my own stance on issues and life in general. From a story of a marriage to a story of how a movie on Manto was made to a novel on racism in modern-day America to a book on Dara Shukoh, I’m quite pleased with the diverse reading. At the same time, it so happened organically that I ended up reading 12 books by women and 1 by a man. Also, thank you to all the publishers who sent these books.

Here are the titles with my ratings:

This is my list. What have you read this month that has got you excited or made you want to recommend it to everyone you know? .

I honestly did not know what to expect when I first read the synopsis of this book. It felt strange, weird, and a sense of great unease that I couldn’t place my finger on. Who wants to read about starvation? Who wants to talk about things we don’t speak in public? Who wants to even acknowledge the darkness within? There were so many thoughts before I started reading the book, that I wondered if it was even a good idea to venture further into this novel of family, food (in a way), and life in modern India.

I also then read mixed reviews about the book. I am not the one to read a book because of a review, no matter how trustworthy the reviewer/critic is. I finally decided to give it a go, to read it, to understand the book, and make some sense of the author’s mind (which can never happen by the way).

So All Is Peace on the surface is a book about twin sisters Layla and Tanya found starving in their upmarket apartment. This sets the media in a tizzy. There are theories galore, and in all of this is the disillusioned journalist Raman who is assigned this story. Tanya begins to speak and tell their story to Raman, and this is when the novel takes off.

The writing is raw, matter of fact, and above all keeps you engaged at every page. The details are needed, so while they may seem daunting initially, it all makes sense as the novel progresses.

Vandana Singh-Lal knows Delhi. She knows the way it functions, its nuances, its everyday behaviour, and isn’t afraid to lay it out for the reader. The book like I said goes deeper than just a story of starvation. The answers lay within our society – the way we live, and make decisions that impact our lives for a long time to come. So All Is Peace is about women living in the country – their daily encounters with men, and what it leads to. Singh-Lal cleverly intertwines social media into the novel and the role it plays, at the same time questioning every intent and reason.

I have been afraid of history books. Reads that somehow seem to take a lot of time to process and take a lot from me as a reader. That’s the perception I had for the longest time of history books. Till I read Dalrymple, Thapar, Manu S. Pillai, and now a recent addition, Supriya Gandhi’s, “The Emperor Who Never Was: Dara Shukoh in Mughal India”.

This is a fascinating read. It reads like a novel. It reads easy. It speaks of Shukoh, of whom less is written, much less spoken of. A fascinating look of a family, the succession to the throne, and the politics that happened in its wake. Dara died at the hands of his younger brother Aurangzeb, and that forever changed the course of South Asian History. Let me speak more about the book.

Shukoh was the eldest son of Shah Jahan, the fifth Mughal emperor. The Mughals did not practice the concept of primogeniture (the right of succession passed to the firstborn). How did Aurangzeb ascend to the throne and what happened to Dara, and Shahjahan’s other children is what the book is about.

I was enthralled by the writing. Like I said, Gandhi’s writing is very accessible and doesn’t seem heavy at all. There was not a single place in the book that seemed forced or unwanted. Every detail of the family, to what the siblings felt, to Dara’s sense of being, and Aurangzeb’s personality (sometimes misunderstood as well) was perfectly laid out.

Supriya Gandhi almost gets into the skin of Shukoh – the man he was, how he embraced Sufism, and yet he wasn’t without his own flaws. She transports the reader to a land of constant conflict and gives us a biography that is balanced – there is no bias of any kind and she doesn’t take sides. She presents history the way it happened.

We live in times when politicians in India (some of them) are out to erase the history of this nation. The Emperor Who Never Was by Supriya Gandhi reclaims history and gives us a complex, nuanced biography of a man who was not known at all, and also of a family that was different and always at loggerheads with each other. Read the book to know more. Read the book and educate yourself. We live in times, where a good open perspective is always needed. 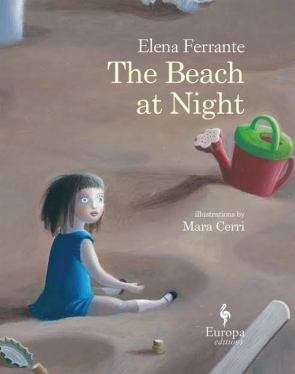 This book is a picture book by Ferrante. It is also a children’s book (or so it seems). The Beach at Night is a deceptive book, that pretends to be a book for kids and can scare the bejesus out of you. It is a macabre story of a doll and has several hints of terror. This is told in the traditional sense of a fairy tale for kids, but goes deeper than that. The book is from the doll’s perspective (almost reminded me of the doll we meet in My Brilliant Friend) and has so much touches of darkness all throughout.

It is as though all her books have the same theme – darkness, loneliness, and the idea to belong at some level. Although this book does have a happy ending, it still is peppered with a lot of dark imagery (though it is this small a book). I don’t even know if the book is for children really, but it definitely works for adults.

In this one the translation itself might be limited, given the few use of words, but nonetheless it is done effectively to transport you to the world of Ferrante. Let me tell you something about the story. Celina the doll is jealous of the new kitten Minu. She gets lost along the way and somehow the story then reaches the beach. What happens next and the things that happen to her is what the book is about.

The illustrations by Mara Cerri are so aligned to the story and are more than enough to create the atmosphere of loneliness and abandonment, thereby leading to the other darker themes of the short picture book. The Beach at Night is an unusual book, and yet hands down so fulfilling a read, the one that will haunt you for a while. 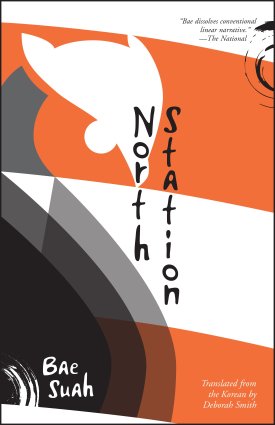 I have always maintained that most of the time the short story has so much more to say than a novel on so many levels. Whether it is Munro or Atwood, or Murakami, or Carver, or Anita Desai – each of their short-story collections to me is progressively better than their novels (barring Carver as he only wrote short stories). Something about the craft of the short story that always draws me to it. The same is the case with Bae Suah’s collection “North Station”.

Emotionally haunting and stimulating, these seven stories represent the entire range of Suah’s distinctive voice and style. Each story then somehow has multiple storylines which lends them a different dimension. The stories then again aren’t easy to follow, but I am glad I kept up and didn’t abandon the read. You have to slow down and get perspective of the author’s space and time. I guess only then will one truly understand these stories.

A writer is struggling to come to terms with the death of her mentor. A play’s staging goes awry. There is also a story when time freezes for two lovers on a platform and more that make you aware of the range of the beauty in Suah’s writing. The translation then again is spot-on. The stories contain the element of the European and German style of writing, that somehow lends itself very well to Korean characters and places they inhabit.

Deborah Smith has ensured that the translation doesn’t take away from the original – in the sense that you can read Korean even though it is in English. The stories themselves like I said are all over the place – in terms of places, people, time, and jumping from one narrative to another. All said and done, this is one short story collection you must read for sure.