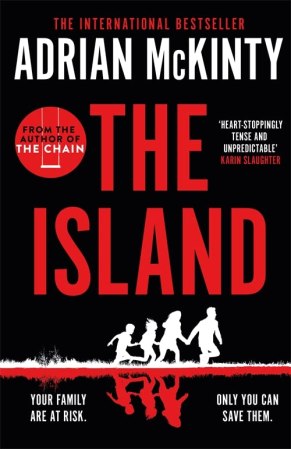 It had been a while since I read a good thriller, and I am so glad I decided to read this one. Also, do not go on a vacation to an island. After reading this book, I sure wont. The Island is well about an island called Dutch Island that is menacing. The people there have their own rules, it is surrounded by shark-infested waters, it is a dry place, and of course a family is at major risk, due to a certain chain of events.

Tom Baxter and his new wife Heather and his children Olivia and Owen thought this would be a regular vacation. Heather wanted to bond with the children and well, the others just wanted to see Australia, till they veer off the beaten track and enter the Island, where they have to be on their feet, if they want to live.

The Island brings to fore so many characters and situations, just like a good pot-boiler should. The twists in the tale are plenty, and not for once does the book bore or disappoint you. The writing is obviously fast paced as McKinty keeps us guessing what will happen next. You cannot put this down once started and I absolutely enjoyed this one. 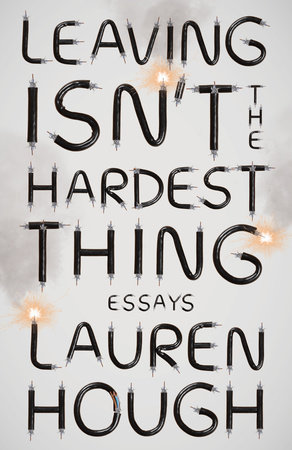 I was most curious about this book, well, because of the title, and who wouldn’t be right? I mean we have all been there, when it comes to leaving and being left, in whatever form and manner. And rightly so this collection of essays from Hough’s life and observations, brought me to tears, a couple of essays in.

This book is about so many things – about growing up in a cult, about coming of age, about realising you are lesbian and in the military, about being ousted from service because of your identity, about being taught to please men sexually in the cult since you were twelve years old, and struggling with insomnia, PTSD, and mental health issues.

Leaving Isn’t the Hardest Thing is a brutal collection of essays. At times it is real, cringe, heartbreaking even, defining so many points in Hough’s life and in relation to the world, it is funny, making all meaning from the trauma and suffering, and above all relatable.

I found so many pieces that I could emotionally connect with – the time she is gaslighted by her superiors at work, or her first time encountering a gaybourhood (though I found that comfort with friends), and a lot also about hope really.

Hough’s writing is as real as it gets. The reader is not spared the details. There are no solutions, neither Hough asks for them. She tells about her life the way it was, and the way it is. You just cannot turn away from it. 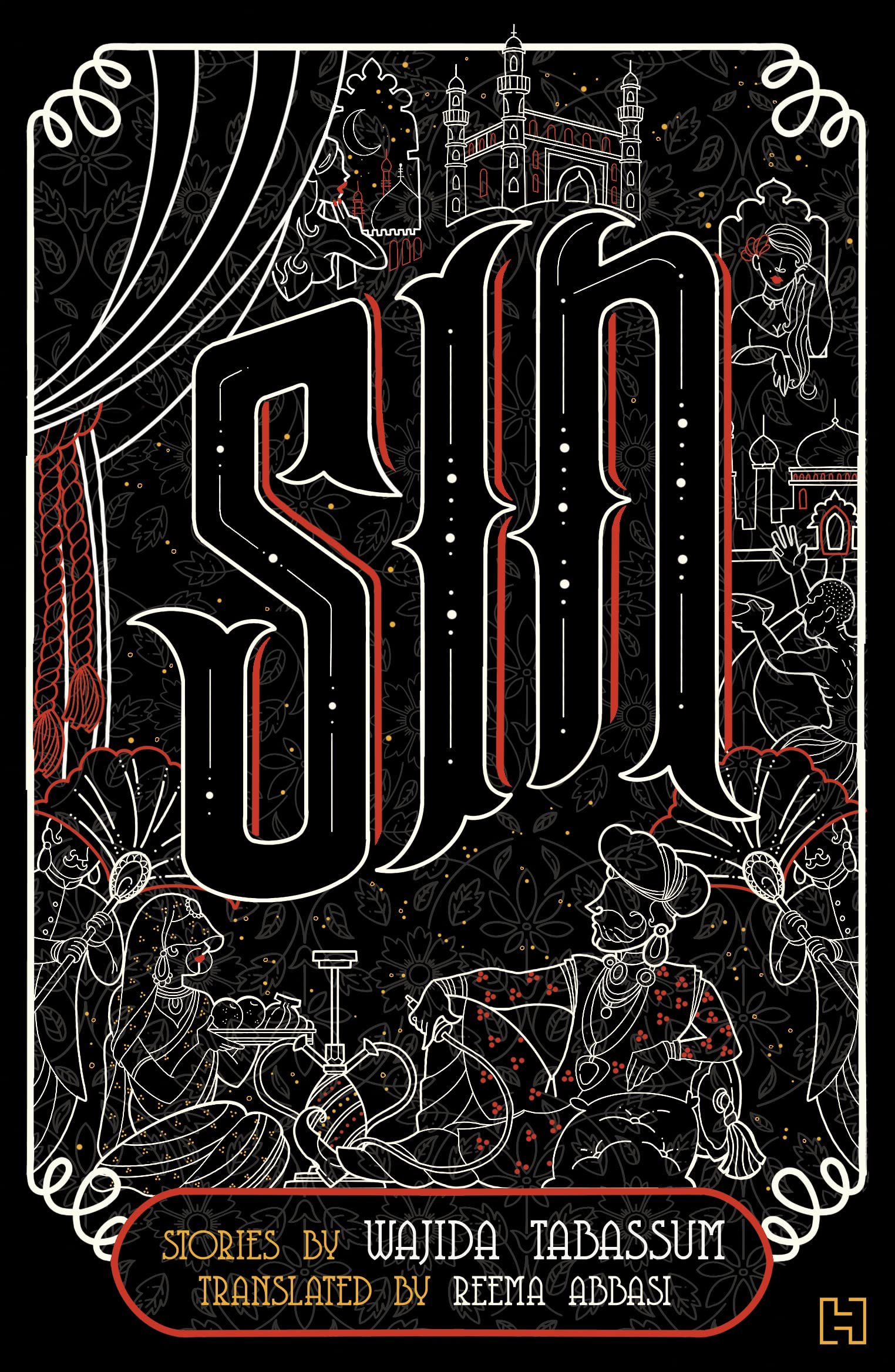 Wajida Tabassum wrote at a time about women and their lives, when it was practically unheard of. That too of Muslim women and their lives – hidden behind veils or traditions – the lives that no one knew about or did but didn’t speak of it – she chronicled all of it in her short stories that bridge the gap between ignorance and truth.

Tabassum came from a family that had seen immense amount of wealth but by the time she turned nine, it was all squandered and both her parents were dead. Her maternal grandmother took care of her and her siblings, selling her jewelry to provide for their education and daily living. They had to go through immense hardships that she then wrote about in a short narrative titled “Meri Kahaani” (My Story).

Wajida started writing short stories at an early age. She wrote about the world she knew and did it with humour, bite, and the desperation of women in it who want a way out but do not get that exit. The book is about the spaces they inhabit and how men are all-pervasive, extremely territorial and want more and more – Tabassum covers four aspects of “sin” – lust, pride, greed, and envy. There are 18 stories in all – dissecting, humanizing, dehumanizing, rarely empowering, and mostly placing the woman at the center of dilemmas, confusion, weakness, and sacrifices.

There are also times when female agency kicks in very strong. For instance, the first story Chhinaal (Fallen Venus) is about a courtesan Gauhar Jaan and her marriage to one of her patrons, how she is treated in the family, and what happens when she decides to take some matters in her hand. There is sadness and a lingering feeling of helplessness, yet you know that Gauhar did what she wanted to, on her terms. Or even Talaq, Talaq, Talaq (Separation) where Mehru takes matters in her own hand when Nawab Sarkar forces her husband to divorce her.

Tabassum’s women are creatures of circumstance and the time they lived in. Her stories are set in Hyderabad, right after the partition, and some before. The exact timeline is not known but you get an idea as you go along reading them. Her women are full of desire, longing, craving, and also ambition – mostly these do not see the light of the day, but when they do you want to cheer out loud as a reader.

In Lungi Kurta (The Exchange), a wife gives a befitting response to a husband’s infidelity and wayward ways. Zakat (The Alms of Death) exposes the hypocrisy of nawabs (as do the other stories in the book), and how Ujala a young girl manages to do that.

Wajida Tabassum’s stories are steeped in honesty. They reflect the times she witnessed – the dynamics between the women and men across class, caste, and what society expects of them. Reema Abbasi’s translation does not make you want more as a reader. It is perfect, bringing to fore the worlds, the language (without footnotes or glossary, which is a huge relief), the nuances of living in a world full of custom and rituals, and above all doing most justice to the original.

Wajida Tabassum is a treat for readers who love the short-story form and want to experiment with new writers, thereby expanding their horizon and clearing biases, page after page. 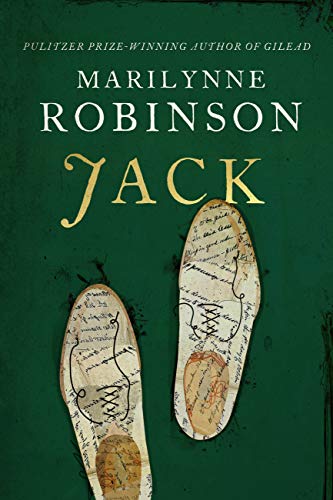 Jack to me was as beautiful in its writing as Gilead by the same writer. The interior monologues though they went on and on, worked for me. They got me off-track sometimes, but I was back in the book for most part. But perhaps the idea of the book was also to make you feel and think so much as you read along, which it managed to accomplish quite successfully with this reader. Also, might I add that you can read Jack as a stand-alone novel, though it is from the world of Gilead. It would be great if you would also read Gilead, Home, and Lila before embarking this one.

Jack is a book of romance. It is a book about God, faith, religion, and what we hold close. (well in more than one way). It is a book about John Ames Boughton, the prodigal son of Gilead’s Presbyterian minister, and his romance with Delia Miles, an African American high school teacher, who is also a preacher’s daughter. The book is set right after WWII, thereby making it all the more paradoxical of American way of life then and now – of these star-crossed lovers navigate their way at home and in the world.

Robinson’s writing is quiet. It is gentle, and also ferocious when needed. It is about people who don’t fit and how the world they inhabit is not of equals and doesn’t believe in equality. A world that will not let them forget who they are. Jack is about so much more – faith in each other right at the center of the novel, and about how even though cut from the same cloth, people still want to segregate.

Jack is a book that wants to show you how love overcomes it all and tries so hard to do that. I was convinced and loved that aspect of it. At the end of the day though, it isn’t that easy. Robinson’s usual gifts are present throughout – the pacing of dialogue, the story taking its time to get into gear, and how bit by bit all of it is revealed. Read them all. Read all the four books. 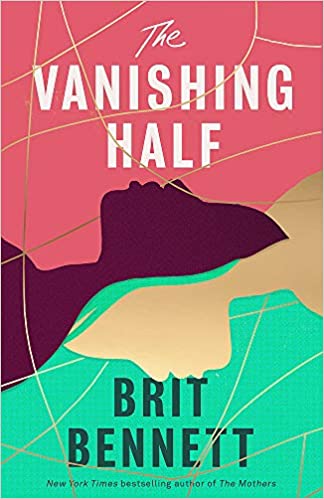 I really wanted to like The Vanishing Half, and I also did to some extent, but some parts of it were just too boring and the plot did nothing to build on the characters of the twins, who leave the town they are born and raised in one fine day.

The Vanishing Half is the story of very light-skinned identical twins Stella and Desiree, who grew up in the tiny Louisiana town of Mallard, that is inhabited only by light-skinned people. The story reminded of “Passing” and I was quite intrigued to therefore read the book. The story of these twins and their lives in and out of Mallard did nothing to arouse my interest nor did it whet my appetite after the first three chapters.

The writing is good, in fact great in some places. The bone I had to pick was with the plot and like I said the characterization of the protagonists. It does not take into account the important topics that is somewhere also at the core of the book – that of sexism, colorism, domestic abuse, and being a trans person. I could not see anything moving in that direction. It then becomes the usual – about family, sisterhood, and their children and that’s that. The Vanishing Half got me all excited but left me feeling all wasted at the end of it.