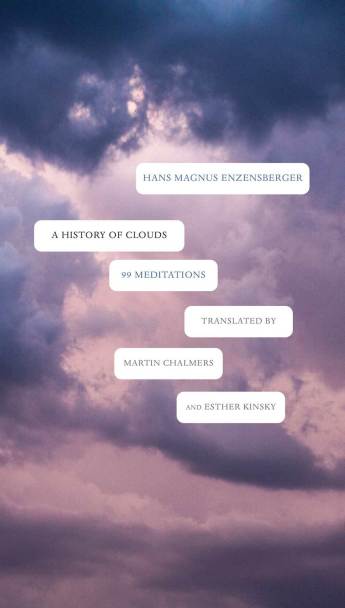 I do not read much poetry, but this title caught my fancy and I had to read it. Well, I also believe that it is impossible to understand the essence of a poem in one reading. You have to read each poem perhaps multiple times before you get to the its bare-bone understanding. This becomes perhaps an even more difficult task when the form is in translation as this collection is.

Enzensberger’s poetry covers a vast range of subjects – private moments, long-term relationships and their trajectories, portraits of historical and literary personalities thrown in for good measure (an elegy to W.G. Sebald that is most moving: “Who touched us, / who seemed to have come from afar / to the sinister, unhomely homeland. / Little kept him here. / Nothing but the search for traces / with a divining rod of words / which twitched in his hand.” Translated by Martin Chalmers), cosmology, and even philosophy.

And in all of this, there are clouds. In various forms and ways – they exist in these poems – more so in the twelve-part title piece that ends the collection. The poems are transparent, sometimes very difficult to comprehend as well, but very empathetic at most, and there were times I also felt that I was left without any thing to hold on to.

The translations by Martin Chalmers and Esther Kinsky are spot-on. The emotions don’t hold back, though there were times I felt I wanted more as a result of the translation. Having said this, A History of Clouds is a great start for anyone who wants to understand poetry and start somewhere. 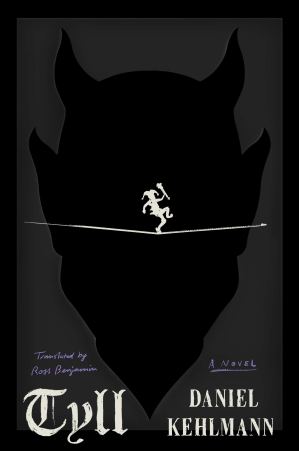 This is another International Booker 2020 Long-listed title which I finished this month. Mostly it worked for me, and mostly it did not. There is magic realism (which happens to be one of my favourite genres), history, and adventure. And yet there were times I just wanted to put the book down and not read it.

The book is about Tyll Ulenspiegel, a seventeenth-century vagabond performer and trickster. The book spans decades and traverses the Thirty Years’ War, and characters that Tyll encounters on his journey as a performer. It sounds all good on paper, even great, but somehow the book couldn’t hold my attention for the most part.

I just wasn’t involved in Tyll’s life or story and maybe that’s why the book didn’t work for me. At some points in the book, Tyll isn’t even at the center of it. There are other characters which take over, and that’s alright but the plot doesn’t move ahead or didn’t seem to for me. Tyll is atmospheric but that’s where the charm of this book ended for me.

The translation from the German by Ross Benjamin is perfect – when talking about the myth of Tyll, and what war does to humanity, and how art saves us all. Those portions had me wanting more, but not enough. When I started reading Tyll, I was really into the book for at least fifty pages or so, until it just became a chore, but spots of brilliance making an appearance now and then. I wish the moments of brilliance were more than a few.