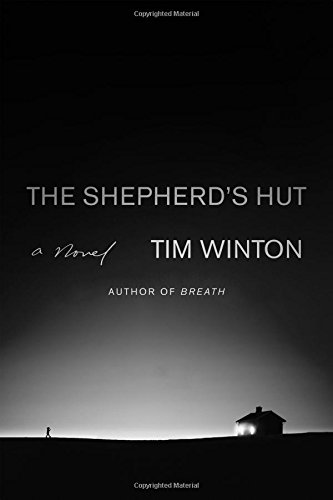 “The Shepherd’s Hut” by Tim Winton is unlike anything I have read this year. It is experimental, it is thrilling and takes the reader on a self-discovery along with the protagonist in so many ways. There are elements to the novel that the reader realizes only either half-way in the book or when the book is done with and you are ruminating over it. Because ruminate you will. It is that kind of book.

The story is about Jaxie Clackton, a brutalized rural youth who is on the run from the scene of his father’s violent death and heads to the wilds of Western Australia. All he wants is to be left alone and he thinks he will survive with a rifle and a water jug. He is so mistaken about that. He ends up meeting once a priest, Fintan MacGillis and there begins the story of an unlikely friendship, love and yearning.

I loved Cloudstreet. That’s the only other book I have read by Winton. In comparison, it was an easier read. The Shepherd’s Hut doesn’t make it easy at all when it comes to cultural references. I found myself reaching to Google after almost every chapter. Barring that, Winton has captured the essence of isolation and solitude beautifully, almost close to perfection. The dreadful landscape, the tension of the characters and the connecting storyline falls perfectly in place with the harsh truth – just like a jigsaw puzzle.

You find yourself empathizing with both characters, their intentions, their aspirations, but it is Jaxie who will eventually take your heart away. What I also found most surprising is that I never got bored in the entire book given that it had only two major characters and almost no one else. Winton does a marvelous job of keeping the reader engaged throughout the book. The characters are not only fascinating but also extremely engrossing. It is the language, landscape and Jaxie and Fintan that make this book what it is – a heady ride of self-discovery and friendship. 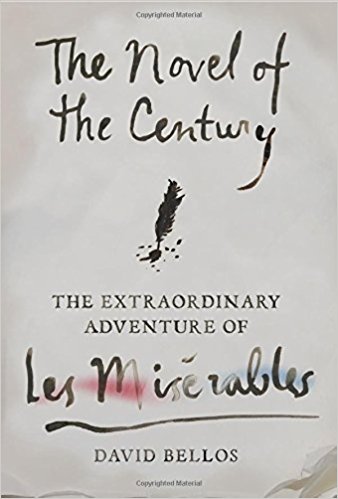 I love books about books. There is something magical about them that cannot be ignored, say what you will. Books talking about books is almost surreal – not even meta, it is just something that makes you want to pick up the books that are being spoken about and reread them or read them if you haven’t already. This is what happened to me when I finished reading “The Novel of the Century” by David Bellos.

This book is about Les Misérables and how it came to be. I remember watching Les Misérables – the movie when it released (the one starring Anne Hathaway) and crying. I couldn’t get enough of it and surprisingly I hadn’t read the book. I had to change that. I did read the book soon after and was mesmerised by it. I mean the characters – Inspector Jarvet, Jean Valjean, Fantine, Cosette and even the minor ones that play such an important role in this book of power, politics and love. I can see how it came to one of the greatest novels of the 19th century or the greatest, I think.

David Bellos takes a leap and writes about this book. How did it come to me? Why was it written? What was Victor Hugo thinking when he wrote this? How did he come about such characters? What Bellos also does is explain why this novel fascinates us (most of us at least) and how it places itself so beautifully in the modern context. To me, that was the most favourite parts in the book.

Bellos’ research is spot on. I was reading a lot about the book and the times in which it was set while reading The Novel of the Century and that to me is the best thing an author can do to you while he is writing about another book. The writing then is truly powerful. This is also not a biography of Victor Hugo but of course it has to trace his life briefly and how he came to write Les Mis. The angle of prostitution in those times, religion playing such a major role and also just how women survived is fascinating when Bellos brings it to the fore.

“The Novel of the Century” isn’t for everyone, that’s for sure. It is for people who love Les Misérables or perhaps want to really read it sometime in the future. Having said that, I couldn’t get enough of Bellos’s writing – crisp, to the point and very meticulous with his research. At times, I almost felt like I was watching the movie or reading the book again. The characters I went back to welcomed me back and I for one felt so nice meeting them after all these years. A book for book lovers and of course of the classic as well.