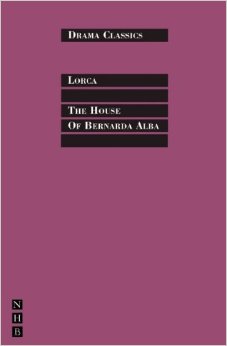 For the longest time, I have wanted to watch Rukmavati ki Haveli – a film by Govind Nihalani (which is now up on YouTube). I think it was the allure of the name – a very strong and heavy fisted name – Rukmavati ki Haveli – a daunting name at that and it was only recently (two years ago) when I realized that it was based on a play by Lorca, whose poems I had read earlier and was fascinated by them.

I did finally get to reading “The House of Bernarda Alba” and I was hooked from the first scene of the first act. From what I have heard, it is also Lorca’s longest play and boy was I glad that I read it. It is an easy play to read, but of course, however, what stays with you after you’ve finished the book is unsettling and disturbing if nothing else.

The play is set in Spain, in the house of Bernarda Alba (the titular character of course), along with her mother, the maids, and five daughters who she controls with a vengeance, to the extent that she can also control their hearts. All of this takes place in time of mourning, when they are locked at home and not allowed to step out. It is a quick read, but it is very precise and cuts right through to the reader.

The characterization is flawless – especially Adella (the youngest daughter) and Bernarda as the unrelenting matriarch. The themes of madness, loneliness, yearning, oppression, the changing political landscape of Spain and in that the changing landscape of the Alba household (the juxtaposition is superb) are deftly handled by Lorca. The context of 1930s Spain and its tumultuous landscape is so evident as you read the play – religious, spiritual, traditional and modern merge and the future of the characters hangs in a melancholy balance. 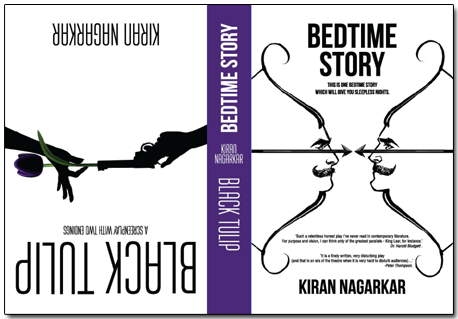 From the time I have started reading Kiran Nagarkar’s books, I have wanted to read the banned play, “Bedtime Story”. The play was banned when it first released in 1978 by the Shiv Sena and other fundamentalist parties. It has now been republished by Harper Collins India. For me the motive behind reading this book was only “Bedtime Story”. The screenplay “Black Tulip” did not hold much interest and yet when I started on that one as well, I was completely taken in by both – the difference in both is of another extreme but both are highly satisfying on different levels.

“Bedtime Story” is based on the Mahabharata. It also has a modern angle to it which is riveting, real and quite thought-provoking. The premise of course will not change. However, Nagarkar manages to add elements which are so real even today, after thirty-seven years – the issue of caste, women’s rights, the political warfare, the debate of what’s right and what’s wrong, all of it has not changed at all. This just goes to show the society in which we live. We are a regressive lot and the sooner we admit to that, the better it is for all of us. There is then scope for change, I think. Nagarkar’s writing of “Bedtime Story” is so brutal and real that sometimes I just wanted to shy away from it. The truth, when stabbed always hurts a lot more than it normally would.

“Bedtime Story” is delicious. It is snarky, holds a mirror to all hypocrisy and at the same time communicates what it wants to, without being modest or sugar-coating anything. On the other hand “Black Tulip” – a screenplay, starts off a little bland and then picks up pace. A woman renegade, her boyfriend and a cop in her top form battle against terrorism. The action takes place in the city of Bombay, bringing the screenplay to a brilliant end – with two probable endings actually.

I would highly recommend this book to people who want to read something different – something real and also something imaginary. “Bedtime Story and Black Tulip” together are plays of endurance, of class, society, change and battle in one’s mind, heart and soul. A terrific read.