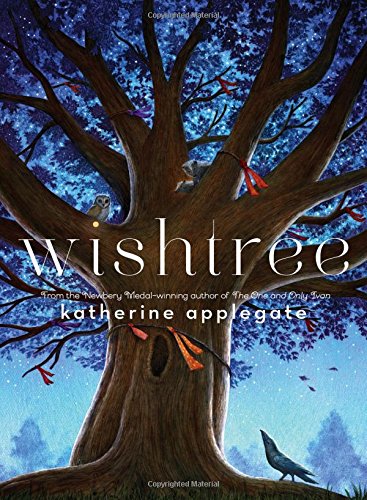 You need to read books for children. I think that because sometimes profundity and really how to live life is simply told in all the chaos of adult literature, only in children’s books. Whether it is, “The Giving Tree” or it is lessons learned from, “Charlotte’s Web”, books written for children are in fact meant for adults, because we need to learn how to be empathetic and compassionate, so we can pass it to kids. “Wishtree” is the third book I read by Katherine Applegate and as usual I finished it with a lump in my throat and a smile on my face.

The book is narrated by Red – a wise old tree. He is obviously cool, steady, and calm. He is a couple of hundred years old and is home to many birds and animals, all of whom communicate. Applegate’s writing then just doesn’t become about the Wishtree Red, but about the entire neighbourhood, people related to the tree, the ones who want to cut it down (not a spoiler really) and the ones who want to save it. At the heart of the book though, is a story of racism, acceptance and finding one’s roots and calling it home.

I am not going to speak about the plot all that much but I will tell you that sometimes, simple books such as these end up being so layered and impactful that you are stunned by its seemingly simplicity. “Wishtree” simply put is a story of a Red Oak Wishtree who watches over the neighbourhood and thinks he has seen it all, till a new family moves in and not everyone is welcoming to them.

Gift this book to children. Make them understand the need for empathy and kindness, needed more than ever in the world we live. Let them know that you care that they care. Applegate’s books are all about empathy and work beautifully. Read it.

You can buy the book here 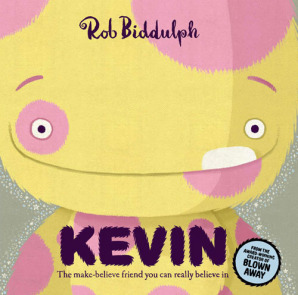 “Kevin” is a book for children written by a child at heart. Did I tell you that I absolutely love and adore picture books or board books? In my opinion, they are some of the most profound books you will ever read. That’s true at least in my experience of reading them all these years. Children’s books are also very soothing. They help lift the weight of the world off your shoulders and live a little. To see the world afresh with a new pair of eyes and that’s what is needed these days, given the times we live in.

Sid Gibbons is in trouble yet again. He is always making a mess and his mum is always losing her patience with him. So this time when he makes a mess of the house and things (yet again) he blames it on Kevin, his big furry, vanilla and pink friend. And while he thinks all is well, he is in for a surprise as Kevin just might not be an imaginary friend after all.

I absolutely loved this picture book. It is extremely beautifully illustrated by Rob and the words are just as impactful. The book is joyful and uplifting. In a world surrounded by hate and misery, we need more books such as these to make us understand and realize that perhaps all is not lost. Most adults I know think children’s books aren’t meant for them but that’s just an adult who refuses to pander to the child within. Don’t be that person. Read widely. Read diversely. Read picture books as well – all the time. 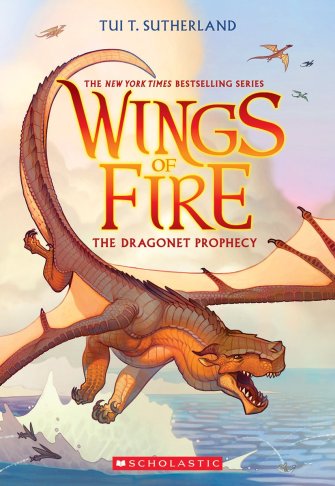 After a long time, I read a book for kids that was super-fun and thrilling at the same time. It was also heartwarming and made no bones of using everything that has been already covered when it comes to dragons, yet it felt so refreshing. “The Dragon Prophecy” is the first book in the “Wings of Fire” series and was first published in 2012. It is also a high-fantasy series might I add but thank God that it doesn’t read like that.

The series as you must have guessed is all about dragons – it goes a step further and introduces a war going on between seven dragon tribes over the throne of SandWings (Game of Thrones but with only dragons). And in all of this we are introduced to Clay (a dragonet) and his four friends (Tsunami, Glory, Starfight and Sunny) who are destined to stop the war and have been raised in a cave under a mountain by three guardians, so no one can harm them. The plot of the book moves around the prophecy, the mystery behind it and the introduction to the dragonets, and more.

The plot exists but is kind of loose right now maybe because this is just the first book and there is so much more to come. The writing is engaging, at times I thought it could have fleshed out the dragonets a lot more but I guess she has left it for later. I am also very happy that Scholastic has brought this series to India. It is the perfect series for middle-graders, teens and even adults to start with. “The Dragonet Prophecy” is a fun read with the correct elements in place for a high-fantasy – which will sure evolve in the coming books (which are out and available by the way). 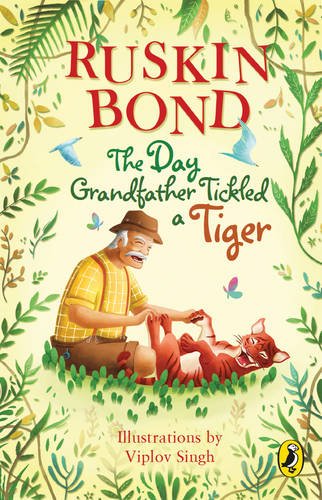 This is another title in the same Bond series – chapter books that is. The first one that I reviewed was “The Tree Lover”. This one as the title suggests is more on the funny side and was again, a breeze to read. Just that for this one, there were no watercolour illustrations so that was kind of disappointing. At the same time, the story is delightful (I had read it earlier) and this time it had me wondering if it actually happened or not.

“The Day Grandfather tickled a Tiger” is obviously again about Rusty’s grandfather – this time involving a tiger. I enjoyed this story a lot and also recalled that I had read it earlier but the illustrations by Viplov Singh helped enhance it. This one is a little longer than “The Tree Lover” so perhaps the older kids would enjoy it more, plus it is funny.

Ruskin Bond as I have said before has this uncanny ability to appeal to all age-groups. It doesn’t matter if you are his target audience, so to speak or not – I think he writes for everyone and that is the beauty of his writing. This is most certainly a solid reason to read him. 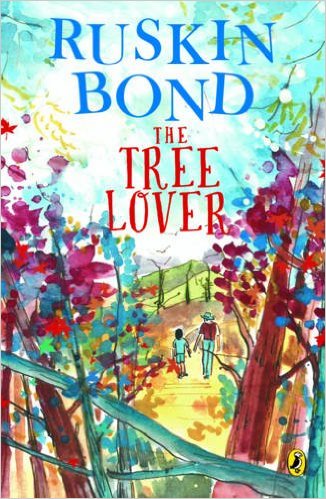 The Tree Lover is one of the short stories of Ruskin Bond that was a part of a larger collection. This time though it stands alone as a Puffin chapter book which I think is great, because honestly these chapter books are the way children will read more and be interested in stories, not to forget, the brilliant watercolour illustrations in this book by Ahlawat Gunjan make it even more special.

The Tree Lover is an autobiographical story of Rusty and his grandfather and nature. As the title suggests, the story is about trees and how they love back when you love them unconditionally. The watercolour illustrations of course added the extra pizazz to this short read but the narrative, as all Bond fans would know is simple and descriptive and that ends up magical for the reader.

I think these chapter books introduced by Puffin would also be read a lot by adults. These are more than just quick reads because they stay with you. Ruskin Bond has created a whole new world since the time he started writing – I think the entire convergence of growing up Anglo-Indian in India and thereby noticing the differences and the similarities, and more so the expression of it through his books is one of a kind. I am yet to read another writer who does this with as much grace. Do gift this book to a child who has just learned to read in your house. Sit with him or her. Read to them. Do yourself a favour.