Jonny Appleseed decides to come back home to his mother after her husband dies. Jonny is a Two-Spirit Inidigiqueer “glitter princess” and has about a week leading up to his journey.  In that week Jonny goes through the entire gamut of emotions – love, hate, loathing, trauma of growing up on the rez – personal and collective, and more than anything about his dreams and aspirations.

What I loved about this book is the focus of course on everything not-colonial, even love, more so love. The book is about Jonny and the women in his life as well – his kokum (grandmother) his friends, his mother, Peggy, and as well as his Tias – the one person from where all the queer loving comes and nestles in his heart and soul. Their interactions with Jonny are also governed by day to day activities – from a meal to a recipe to how the whites try and erase the Native American community. There is so much going on in this short book that at times I just had to shut it and process everything Whitehead was trying to communicate.

Add to this there is technology and how Jonny uses it to facilitate sex work, allowing lonely men to somewhat fetishize his culture and where he comes from, and in all of this there is trauma and pain and healing that Whitehead manages to write about in the most brutal and also sublime manner.

Whitehead’s writing doesn’t cut corners on emotions. He says it the way it is – intense, with racism, sexism, homophobia, and how it impacts indigenous minds, hearts, and souls in addition to what they go through.  All of this is told to us through Jonny. You root for him. You want his life to be better. You want him to meet his mother as soon as possible. You don’t want him to suffer. But he must follow his heart and destiny, and things will happen, but in all of this, there is togetherness, a celebration of love and longing, and how to finally find your roots and identity. 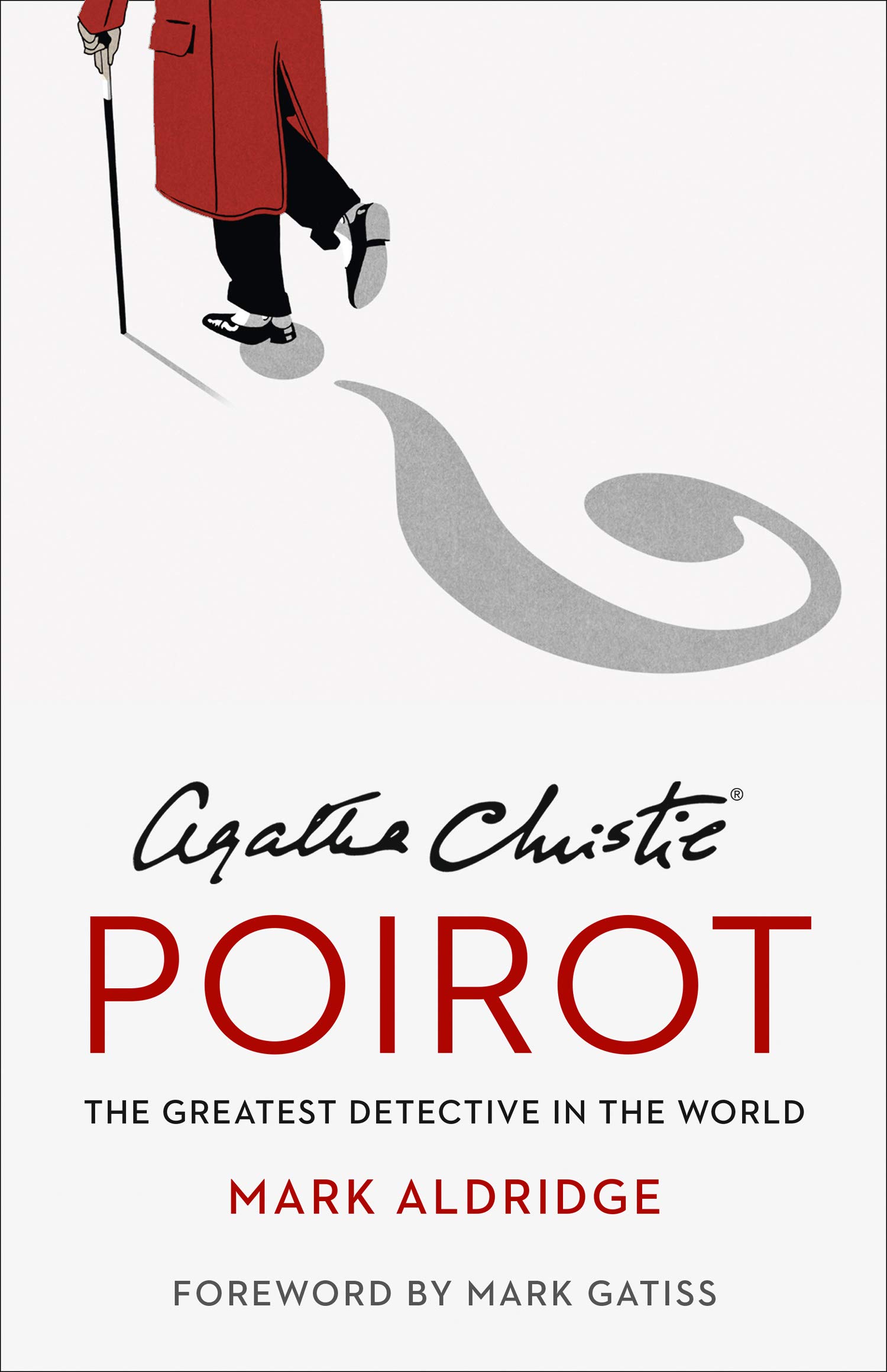 This is the perfect book for all Christie fans, but more than anything, it is just perfect and more for all Poirot fans. We have mostly all grown up reading Poirot and his detection skills. Whether it is a murder, or a case of mistaken identity, of theft, or embezzlement, Poirot saves the day. Poirot is the man and Christie created him so perhaps the world could relate to this character.

This book is not only an homage to the detective, but also brings to fore the entire life lived starting from the first book till the last in which he appeared. Mark Aldridge is somewhat the best person to do this, because of the way he presents information to the readers. There is a division of  chapters by decades and which books published in which decade. And not to forget the most beautifully done covers of each book – different editions as well, that are there on every page.

What makes this book so exciting is that Aldridge includes Christie’s views on every book, whether she thought it was good enough or not, also some publisher and Christie fights and disagreements, and the movies made from the books.

Poirot is a favourite. Mark only adds to that bias through this book. I couldn’t get more of the writing. The details, the facts that people don’t know about some books, and more are all neatly laid out. What is missing though is the editing at some points; some sections are quite repetitive. That could’ve been avoided for sure. Having said that, Agatha Christie’s Poirot – The Greatest Detective in the World is a great read and every Poirot lover should have it in their collection.

I first heard of this book by going through the Wainwright Prize 2021 shortlist in the Nature Writing category. I was taken in by what the synopsis said and couldn’t wait to read it. Also, I didn’t realize till much later that Charlie Gilmour is the adoptive son of David Gilmour of Pink Floyd fame and all that.

Featherhood, however is not about David Gilmour and his relationship with Charlie. It is about Charlie, his biological father Heathcote Williams and of Charlie being a parent to a magpie named Benzene. This is why Featherhood. This book of course reminded me of H is for Hawk as it should, but only at the beginning. When Charlie’s voice took over, I forgot everything else.

Why do people abandon people? Why do biological fathers leave? What happens when you do not love enough? Charlie attempts to answer these questions and more by also taking care of Benzene and also somehow figuring his biological father. Charlie is left to figure Heathcote after his death – through papers, by meeting people, and his memories of him. And there are no closures. That is the beauty of the writing.

Charlie doesn’t focus much on his relationship with David. So fans of Floyd might be a bit disappointed there. However, my favourite parts are the ones with Benzene. How does one take care of a magpie? How does it become a part of your world, almost becoming your world? As Benzene grows up, we also see a change in Charlie’s perspective to life and he finds humour in things than being pensive. Benzene provides Charlie with love, care, empathy, and more than anything confidence and self-esteem.

Having lost a parent, I know what it is like. I could sense Charlie’s confusion to some extent, since he wasn’t close to Heathcote and hadn’t known him at all. At the same time, the way he raises Benzene is so reflective of what he has with David.

Featherhood is beautiful. I read it slowly and took time with it, page by page. It is one of those books that left me with a smile at the end of it.

I will now read more of Tash Aw. There is something about reading another’s family, their lives, their experiences in a new country, of how it was, and maybe it is still the same for people who aspire to move, to find roots elsewhere.

When you read about generations of a family and how they live, you relate. Families all over are just the same. Sure, we are different in our own way, but the intersections matter. Whether it is the Malaysian and Chinese heritage of Tash Aw or an Indian Pakistani heritage, somehow it all merges into one big identity.

Strangers on a Pier manages to fit so much in its mere ninety-one pages. From birth to death, Tash Aw tackles it all. These are stories of a family that range from the villages to night clubs to cities and traverse various dialects, customs, and traditions that won’t let go.

The writing is flawless. Every sentence, emotion, and every word are in place. When he speaks of rain, or of exams that have to be given, or explaining the differences between the East and the West, all you want to do is read and when the book ends so soon, you wish it were longer. Through other cultures, Tash Aw bares his culture. Through other ways of being, he speaks of his – dating back generations, and about futures that are so intertwined to the past.

Two people meet. They fall in love. Their affair is passionate and almost magical. They push each other’s buttons and finally make a pact about telling their darkest secrets to each other – with the promise of trust, thinking that they will forever be with each other. Till the young teacher Pietro and his young student Teresa aren’t together. Till they both find other people to love and the secrets shared continues to haunt them, and both stop trusting each other.

Starnone’s writing is simple. The emotions aren’t. They are messy and all over the place. The first part is told by Pietro and somehow you can see where the power lies in this relationship. But of course, it is quite obvious. The power shift only because Teresa knows what she does and the fact that he fears what might happen if the world knows of it.

Starnone’s writing is balanced and mostly to the point. He is aware of what his characters do, the way they feel, the dilemmas they are caught in, and with the understanding of the kind of control they have, they navigate their lives in the world. The second part is told by Pietro’s daughter Emma, and with this change of narrative, the reader doubts what was known before. How characters betray each other, and do they even know themselves is then the crux.

Jhumpa Lahiri’s translation is perfect. What is interesting is how she perceives the writing – given that the perspective is largely male and how she brings Teresa to the fore with her immaculate translation.

Yes there are moral blind spots in the book and yes you cannot take sides as you read it, or keep shifting sides if that happens, but this is what makes Trust such an interesting read.