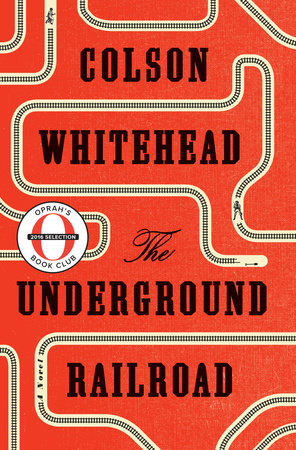 I love the choices made by Oprah for her book club. She does a brilliant job of it. I also think that single-handedly she has had a huge role to play in getting America to read. I remember it was 2000 or something like that I when I was first introduced to her book club. Internet was in the very nascent stages in India and we had Star Plus though (it had not become Star World yet I think) and there was the Oprah Winfrey Show that would air every morning at 6 am and I would watch it religiously. That is when I was introduced to her book club and since then I have been a fan. From what is been told, Oprah actually got the publishers of this selection to sort of push the date of publishing right back so she could announce it on her network. I am mighty impressed and she is one of the few people who can pull this off.

The latest book (not Love, Warrior) that I have read from the stable is “The Underground Railroad” and I must say that I was mesmerized by this book. I have not read any other work of Colson Whitehead and always wanted to start with Sag Harbor but I am glad that it was this book that started it for me. “The Underground Railroad” is brutal. It is fictitious but I am sure that most of it has happened – and perhaps it is easy to talk about suffering in fiction than it is in the form of a memoir or biography. I honestly believe in this. I think that when you speak of human redemption, suffering or something that is so heartbreaking, fiction will get more people to connect to it.
So what is the book all about? Why am I raving about it?

The book is the story of Cora, the young runaway slave from Georgia. It is also about Caesar and how they both flee the Randall plantation and head north via an actual underground railroad. The story is set in 1812 and must I say that this book is not for the weak-hearted. There is a lot of violence and emotional torture but it had to be told because there is no escaping it. You cannot and must not sugar-coat sorrow. So Cora and Caesar are on the run and while that happens, Cora manages to kill a white boy who tries to capture her. From there on they are hunted endlessly and how they manage to do what they want to makes for the rest of the story.

Colson’s writing reminds me of Morrison. There are passages and sentences that will leave you breathless and you will reach out for that glass of water. It will happen. You will get angry because slavery is just not what should ever exist. You will also cheer for Cora and for some people she meets along the way. You will mainly hoot for the perseverance and courage of the protagonist and want to change things in your life. “The Underground Railroad” is not just a book about slavery, it is also a book about humanity and how there is always a way out. A must read this year and it will not disappoint you at all. 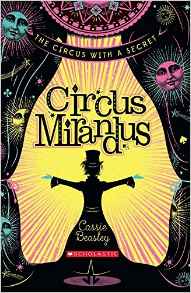 The book “Circus Mirandus” has a very interesting premise. A boy who is all of ten or eleven I think – Micah Tuttle. He lives with his grandfather Ephraim. He has spent all his life till now – ten years that is, hearing tales of a magical circus. Grandpa Ephraim is now very ill. What he does is, he tells Micah that all tales about Circus Mirandus were actually true and the circus does exist. He also lets Micah know that the Light bender or the Man who bends light gave him a wish which he wishes to use now. Micah has a purpose and plans to make things happen one way or the other.

Thus begins the tale of Micah and his friend Jenny Mendoza and how they battle to get Micah’s grandfather his wish come true. At the same time there is Micah’s great Aunt Gertrudis who thinks magic is all bollocks and nothing good ever came out of it. She is one character you will not like very much. I know I didn’t.

Over all, the premise is a good one that makes you turn the pages. At some points you think the book is long and could have been cut short but maybe it is worth it as the story progresses. I am almost sold on reading only children’s fiction because it is at least feel good and doesn’t get me all wondering about the big issues of life and living. The parts of the circus are interestingly written, so much so that you just imagine you’re there or want to be there.

“Circus Mirandus” is one of those heartwarming books that make you want to believe in magic and everything nice. The book is simply magical and the illustrations are stunning. Please read this book to believe in things that you did as a child. 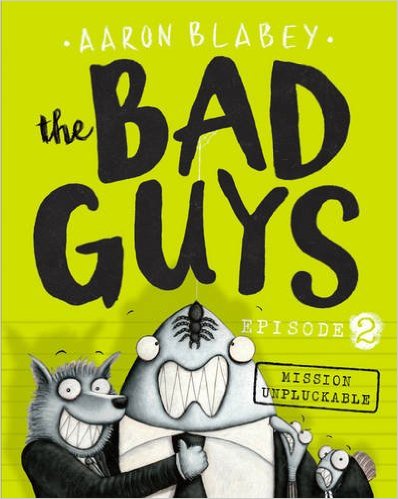 The bad guys who want to do good desperately and change their image are back. Of course the second book isn’t as great as the first book; but nonetheless hilarious and your child will finish it in ten minutes or so.

“The Bad Guys – Episode 2 – Mission Unpluckable” by Aaron Blabey is about the wolf, shark, piranha and snake wanting to save ten thousand chickens that are kept under heavy-duty lock and key. I love the pace of this children’s book. Of course it is a picture book for kids, but I think as an adult I loved it more – only because it is the perfect de-stress technique.

Aaron Blabey’s creations are hilarious, the puns are just perfect and so are some of the new characters that have been introduced in this one (I loved them and hope so do you). I honestly believe that if a so-called children’s book can also be enjoyed by adults, then that says a lot about the author and the creation at hand. I would highly recommend “The Bad Guys” series to everyone. It is a must read, which is not very well-known but I am sure will soon become immensely popular.