Hello everyone! I loved The Taker. The book reaached out to me this year and will be one of the books that I will return to before the year ends. Here is my review of the book. At the same time, after reading the book, I was flooded with questions for Ms. Katsu. Here is a short interview with her. Thank you Alma.

How did the idea of, “The Taker” come to you?

The novel grew out of a short story I wrote a long time ago, which was a ghost story set on an abandoned farmhouse in rural Maine. I kept thinking about the characters in the story and what happened to them after the story ended—and those characters were Jonathan and Evangeline (who was the ghost). I’d taken a long break from writing fiction to concentrate on my day job, but when I began writing again, that story became the first chapter in what was to become The Taker. That short story is nowhere to be seen in the final version of the book, by the way, as the story ended up changing quite a bit over time. 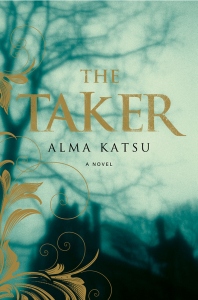 Did you always set out to write a book? If not a writer, then what would you have been?

My story is probably the most common for anyone who aspires to work in the arts: I grew up wanting to be a writer, then reality set in.

I have always been a reader. Like many readers, I tried my hand at writing. I was very young at the time, and somehow got it into my head that I would be a novelist. It soon became apparent that this wasn’t something you could just pursue as a day job, so I worked at newspapers for a short time. Even newspaper work was hard to come by full-time, so I eventually went into another line of work: I became an analyst for the US government. It was a great career, but after twenty years I realized that if I didn’t return to writing I probably never would.

I didn’t return to writing fiction thinking I’d be published. I wanted to see if I could learn to write a novel. I’d become a senior analyst by that point and knew the level of effort it took to really master a skill. I knew I hadn’t worked as hard as I needed to in my early twenties. I went to grad school for writing and spend ten years working on the book. I’d run into a problem that I couldn’t figure out, put the book away and work on another one, figure out a way to fix the problem and pull The Taker manuscript out again, run into another problem, repeat the cycle. That would be a piece of advice I’d give aspiring novelists: don’t make it all about the one book. I learned a lot about writing from the books I worked on during the in-between times, and it’s pretty common to have to write several novels before you have one that’s publishable. 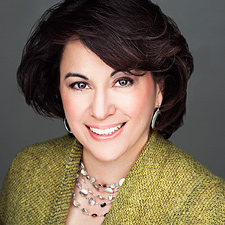 …wishes people read more. Wishes there was more of a conversation about books, the way there is about celebrities, and movies and television. For the life of me I can’t understand this worshipping of celebrities.

Did you ever wish that one of the characters of The Taker were to come to life? If yes which one and why?

I suppose the obvious answer is Jonathan, because he’s so beautiful. He’s also maddening, and not very giving, and ultimately it would be too frustrating to spend any length of time with him, I think. Adair is another obvious choice (if you’re of an adventurous frame of mind), as long as you can keep your emotional distance from him. Unfortunately, those two characters are so colorful and larger-than-life that they make the more normal ones, like Luke, seem uninteresting by comparison. At least Luke wouldn’t be potentially harmful to everyone he meets.

The book creeped me out in several places. Did you feel that while writing it?

Yes. There are a number of creepy scenes in The Taker that jolt the reader. But books are reflections of life (with perhaps a few distortions) and in every one’s life there’s going to be at least one jarring, unsettling experience that shakes you profoundly enough to make you see life differently. The Taker has “those moments” for a couple of the characters—hence, I think some readers have found it to be a bit much to take. I wanted the book to be outsized in every way, a real epic, and that meant going a little overboard in that respect (darkness), too. (I have to say, however, that it is hardly the darkest book ever written, and I suspect that part of some readers’ reactions might be because I’m a woman and they don’t expect a woman to write such a dark book.)

…reads widely but tends toward literary fiction and (since you’re catching me on a bad day) is tired of the trend toward formulaic fiction. Novels are becoming like television programming: bland and interchangeable, with no real character.

How does it feel to know that The Taker has been so well-received almost all over the world?

The book has gotten some wonderful reviews, and I get great email from readers, and I know I am very lucky. It’s gotten it’s share of bad reviews—no book will be loved by every reader. One surprise has been that the setting—early America—hasn’t been offputting to readers outside the US. Post-Colonial America is hardly a beloved time or place for readers, like Regency England.

When did you realize that you had so much more to say that The Taker become a trilogy?
The Taker was originally written to be a standalone, but by the end of the book I saw the opportunity to stretch the boundaries even more—turn it up to 11 on the emotional scale for readers, if you get the Spinal Tap reference—and what writer could resist that?

As I mentioned, I read pretty widely. So on one hand, I really enjoy mystery writers like Denise Mina and Tana French, and on the other hand, literary authors such as Adam Haslett. I particularly like writers who experiment with narrative form such as David Mitchell, although his last novel, The Thousand Autumns of Jacob de Zoet, didn’t do that.

What I don’t like about the modern literary scene is that the celebrity culture is establishing itself here, too, and the only books that get any major coverage—which is still important for a book to be able to “break out”—are the ones that have tons and tons of money behind them. Readers aren’t aware that the tsunami of publicity for the books that land on the bestsellers’ lists came from the publishers’ checkbook, not on the actual merit of the book.

This is the end of the interview, however not of the series. The second instalment will be out soon and I for one cannot wait for it.

2 thoughts on “An Interview with Alma Katsu”